Royally Yours: Till the end of Eternity - Fantasy Romance

/ Fantasy Romance / Royally Yours: Till the end of Eternity 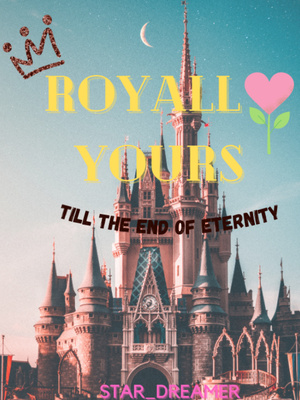 Royally Yours: Till the end of Eternity RY

In an alternate modern-day universe-

Monarchy is the form of government.

The king's word is the law.

Royals are born and bred to rule.

Power is honored, weakness is a disgrace. The rich prosper, and the poor struggle to make a living. The rich and powerful are revered while the poor and weak suffer.

Strength gives chance for survival otherwise it's better to be dead.

Since the beginning of time an unauthorized hierarchy is followed-


Our story revolves around the royal family of the kingdom of Neviza, one of the largest and strongest empires, previously ranked third among the top five before ascending to the first position after the reigns were inherited and held by a certain emperor with heavenly looks, a sharp mind, cold gaze, ruthless nature and a frozen heart which beat for one single person. The only one whom he gazed at with adoring warmth in his eyes, pampered with extravagant riches and showered with passionate kisses.

A young pauper who rises and gains success due to her skills. She is whisked away by a prince and captured in court politics.
Surrounded by wicked schemers and false friends, she has her work cut out for her because of an unrelenting and overbearing prince who just won't give up on his feelings for her. Is she supposed to be impressed by him and give in or will his strong feelings and possessive attittude chase her away?

Not to mention the many secrets that he has kept hidden from her. Will she succeed in uncovering the truths that could change all that she has ever known and believed in?

This is the story of how a prince was forced to leave the princess of his heart before an emperor returned to claim his empress.


A prince and a pauper- they had a past together, but, will they have a future?

Enemies lurk at every corner
Each danger worse than the former.
If all is fair in love and war
Then don't blame me if I go too far.

No rape scenes described or abusive slangs used in this story.

Hope you give it a chance and enjoy it.

{This is an original story. Any similarities, if it has any, to any other story or something is coincidental.
Plagiarism of this story will not be tolerated.}