The blood of the Goddess of Aphrodite - Eastern Fantasy

/ Eastern Fantasy / The blood of the Goddess of Aphrodite 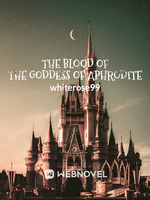 The blood of the Goddess of Aphrodite TBOA

Zolius is a warlord in a Trojan Kingdom which A woman as Queen, named Livana queen.Trojan kingdom adore The Goddess of Aphrodite as a pure love and kindness.Zolius known as a great worrior, He is manly, handsome and loved by women, it is all make him be arrogan and lose control.He date women everytime and leave them when he bored.then live as a fakboy there.

One day, The Goddess of Aphrodite disguise one self be a servant who fall in love to zolius and want to marry him soon. Zolius promise will marry her on an condition, she must steal a cristal bottle in the bedroom of Livana queen and give it to him. He

Zolius through a long journey from the past to the future by a black portal, day after day he fight to life, spend his time to be a man who coursed by Goddess.

After spend 297 time for 297 years, Destiny bring him meet Jake, A broken heart man who fall in love with him because never know who is zolius real.
Well,will it be a forbidden love or a true friendship? But this is a secrifies of young men who looking a way to better life