The Legend of the Crimson Oracle - Fantasy Romance

/ Fantasy Romance / The Legend of the Crimson Oracle 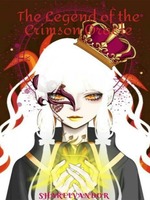 The Legend of the Crimson Oracle LOCO

Selene had decided to live her life for somebody else, a punishment she imposed on herself since her mother’s death. Because of that she has been actively engaged in various charitable events and organizations, sparing no time for rest. She believes it is also a good distraction from the growing emptiness gnawing in her heart. That is until a dream about a boy and a forgotten promise keeps haunting her sleep, pulling her out of her monotonous life.

Before she knows it, Selene got dragged in a series of events that she’d only seen in television and read in novels. To make things worse, to get back home she is given an impossible task that she had no idea how to accomplish. Although she had dedicated her remaining years to help people, saving an entire world completely different from hers is another story.

While traversing into a mystical world where magic is essential, with monsters as powerful foes and countries ruled by kings and queen are waging war with each other, Selene finds herself at the center of the chaos, with each vying for her power and loyalty. And although she had decided to do everything in her power to go back home, meeting the boy in her dreams and learning the truth about their past, Selene is at a sudden crossroads. She never thought that in the midst of chaos, she will find the person who is both the cause and the cure for the eternal emptiness in her heart.