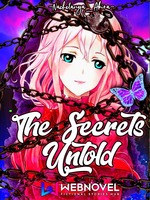 "I'm a puzzle that's missing a piece that's why you will never solve me," A woman said to herself,

Calesie Rae is a 17 years old girl living with her not real mother in the old village called Orione, A village like this is not fun for a young girl like her since there are not many technologies, all she can do is to listen to music using the old model cellphone that her mom gave to her, except for the fact that their village is a non-techno place Calesie's mother forbid her to use technologies except for the phone that she gave,

Calesie Rae is a smart, kind, and loving child, She has unique features like her hair is naturally pink and her eyes are blue like the ocean, But because of this features someone became obsessed with her, A psychopathic surgeon women living inside the village abducted her to get what Calesie has and that's her hair, She injected drugs to kill Calesie slowly while trying to remove her hair and eyes from her, Calesie was 14 years old that time,

Because of this horrible and traumatic experience, She locked herself suffering from depression making her hate her hair, The psychopathic surgeon women was close to her she thought that she could trust her, because of this she suffered from having trust issues with another person,

But as she grows up she realized that not all people are like the women that tried to kill her, she gave the world a chance and her dream a chance to be achieved, She dreamed of becoming a singer and a famous composer due to listening to a lot of music from a band that disbanded from an unknown reason, She never sees the band members but she knows there voices that's why she became inspired, hoping that she will achieve her dream, she applied on a scholarship online from the MS University, a famous University from the city, she was accepted and her mother finally realized to let her child go,

As she moves out, she didn't know that she will encounter a lot of nice people that have the same dream as her, but as time passes she keeps hearing voices of a young girl, she keeps having unrecognizable memories from someone's past, the question is, is this her real memories or the memories from the other person, Calesie tried to figure this out but little did she know that she's slowly revealing the secrets untold of herself and a past that will change her life.......