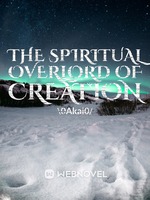 The Spiritual Overlord Of Creation TSOOC

Gaia, a unique being, a being that create life with magical mean beyond the comprehension of anyone that live or ever lived.

As he open his eye an incredible coldness but refined and intelligent aura burst out. Illuminating the whole multi-dimension.

To Welcome a few billion of human who messed up their own world...

Isabella is a young and beautiful but deadly woman, she is the number 1 criminal in the world not only because she herself assassinated more than 1 000 but also because of her beauty which quite a commotion and caused a lot of people with influence they shouldn't have because of their wicked personalities. Heck just their crime would make them the first criminal in the whole dimension.

Unfortunately for her she do not have ally or anyone who can help. Her past is something she want to forget but at the same time can't because it was something which make her go forward.

One day, she was unfortunately cornered up by the coalition of old perv. At the last moment, before her sure to be rape to death. Blinding light came and she was saved but a little problem remain, she was naked in a bed suspended in what seem to be a infinite universe.

A dozen of years ago, a few peak scientist discovered a new type of energy, the life energy.

However upon more research they quickly find out how little do they know about what is surrounding them. Why ?
Because they discovered that the life energy, and a lot of other energy that were discovered later, were in fact only component of a much more powerful and mysterious energy.

But there is now a problem, this energy is corrupted and polluted and now life will begin to die while the balance of the realm will break and with it the entire dimension will crumble on itself and everything shall come to and end.

In this time of crisis, a new VRMMORPG with 100% realism was just announced.

There will be the view of Isabella as a "player" then the view of Gaia as a God or GM ( game master ).

Honestly it's a Eastern Novel But also a Game type novel.
NO harem
NO Premium
Romance chapter will be a mixed of both vision of the FL AND the ML.

And the release rate will depend on my mood and my time.

# Creation Of The World