Assassin Love: Maniac Is Mine - Fantasy

/ Fantasy / Assassin Love: Maniac Is Mine 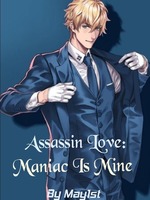 Assassin Love: Maniac Is Mine ALMIM

"Are you willing to kill or be killed?"

That's where his journey started.

He chose to kill.

"I want my mommy." Nathan said. with tears dripping from his eyes.

"If you go to them, you will be killed, boy. You might even endangered the life of your twin brother.

Why not give them hope that one day, their son will return alive, than making them mourn you a few weeks after they have you back." The man said.

He's the leader of an assassination organization, who sees potential in the boy and didn't want him to be wasted in the hand of those who wanted to kill him.

"My family will be sad. They won't know that I'm alive." He said in a low tone, giving up the will to return home.

He didn't want harm to come to his brother.

"Let's talk to them. Let's make them realize that you wish to stay and will one day return." The man said and it worked.

And that's how his journey as an assassin began.

"Look after my daughter. She likes you and you know it. If you don't feel the same, keep making it clear to her that you only see her as your sister.

She will kill for you and will be your shadow. Lead the organization well."

That was the last word from the man that raised him.

The so called daughter, oh she's one stubborn girl.

She's not planning to back down from her feelings.

"You can leave now. Tell him to send the girl in." Nathan casually said.

They just deal with some idiots that tried to prove they are smart, but got drugged in the process.

He didn't allow her take any drink, so she's fine, but knowing that he needed to relieve himself and she's here with him.

Yet, another woman would come in, she summoned the courage.

She knew he would have her neck for this boldness, but she wanted him.

She had always do.

"Take me instead." She said and before he could flash her a glare, she sealed his lips with her own.

And that's when his feelings started to waver.