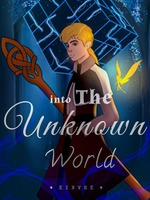 Growing up from a wide and remote area in the south-east of the Kingdom, Twig — a 13-year-old boy whose primary task is to collect firewood from the forests, learned a tale about a recently found cave in the middle of the forest that is motivated to explore. Upon arriving near the entrance to the cave, he was drawn by a mysterious force and miraculously survived the incident that led him to a beautiful, perilous, and dangerous hidden world .Little did he know that this is where he 'd learn magic, and as a side benefit, he 'd established a pact with a supernatural companion who'd let him conquer the domain.

Shocked yet excited, little Twig returned to his normal life, where everything had changed. To his disbelief, he found that nothing in the past seemed to be the same thing as it was. People grow up surprisingly fast, and he's still a little kid. He wanted to leave and search for the rest of his immediate family, but would that be all? Will he overcome all that has been learned and realize that his universe is indeed powered by magic?