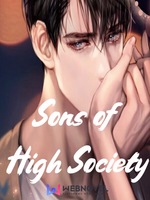 What happens if the person you thought you hated the most turned out to be the one who loves you ceaselessly, unconditionally, and passionately?

Xue Guangli was a young woman who followed her mother’s legacy; she won’t marry to get above her status. She will earn it.

However, when a tragedy struck her home, she lost sight of the things she wanted.

To get her life in order, she must regain the classy legacy she left behind, find the real suspect of her mother’s killer, and pave a way through the challenges thrown at her.

But when it comes to her mother’s murder trial, Xue Guangli is forced to get help from the man she hates the most—Long Huojin. Long Huojin is an achingly handsome and devastatingly perfect successor of a large conglomerate, but the two never got along.

Xue Guangli hated Long Huojin for most of her life—so much that when he looks at her, she can hardly breathe.

Long Huojin, on the other hand, secretly pines for Xue Guangli patiently waiting for the day she’ll let him in.

“Her eyes dropped to the hollow of his throat, to the bob of his Adam's apple. Her gaze lingered and stopped at his mouth, at the seams of his lips. It hadn't occurred to her what it would feel like to taste them.”

Daughters of the Elite (4.8)
A Song For a Summer's Night

Art cover isn't mine. Will remove when asked.