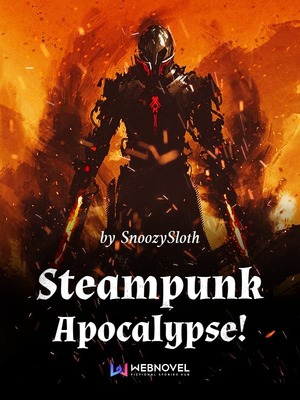 Earth suffered apocalypse. All electronics over the world were destroyed. War and famine ravaged the lands. When humanity tried to rebuild, they discovered that most technology no longer worked. The laws that governed the world had changed!

Steam technology rose in popularity after the apocalypse. Humanity entered a new golden age. Then, the seven nightmares attacked. Espers with strange powers appeared. Mutants took over most of the world. This was the beginning of the Mana Apocalypse!

My name is Edward Tesla and I was born during the Mana Apocalypse. This is my story about trying to protect everything I care about in this living hell. My inventions will defeat the nightmares and save the world! Steam rifles, steam tanks, and steam mechs. My inventions will surpass them all!

Extra Note from the author: Some of the early chapters are a bit rough and need rewritten. Most of the long-term fans come from Chapter 21 and up. I guarantee the story continues to improve from there as you continue reading. Political factions, wars, steam tech, mana mysteries, and more. Though the story starts in America, it also visits China, Europe, Africa, and other areas of the world later on.