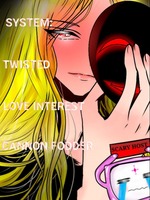 "You are too overpowered. Your existence poses a great threat to my son and daughter of fate. I had no other choice but to kill you."

This was the voice of God he heard when he was about to enter the door of death.

"A tragic oped character, sigh, its a very popular trend right now. The normal cliche of losing all your loved ones, an illegitimate son of a noble household, possessing overwhelming magic, good looks and what not. But as I kept writing I realised I made you way to oped, to the point your existence became a threat to the plot." The voice of god spoke to him again.

"...Are you the one who killed my family?" He asked back with a blank expression.

This simple one sentence angered him to the point he fought harder against his predestined death. He was enraged. The death of his family was orchestrated by this damn god, his life made miserable and painful, so he had to rise again, back on his two feets so he could destroy the god's world.
And so he did. He rose again, defeating his death. Then he had his revenge by almost destroying the world. Almost!!!


Before he could lead to the death of the Male and the female lead a thing called system was bounded to his soul. He was forced to leave his world and enter many different worlds.


"Well, Unfreeze the OOC!" He demanded with a malicious grin on his face. He had to have his revenge. But most important of all, he had to be the one incharge of his characters.

"......." The system shivered at his words, its invisible eyes bulging out.

Unbeknownst to him, a GOD had embarked on a journey to a portal of unknown origin right at the time when he was entering a new world.


"Oh fuck!" He cursed as he realised a dangerous point.

"This is not the protagonist! Who is he?"