The Story of Dusk - Historical Romance

/ Historical Romance / The Story of Dusk 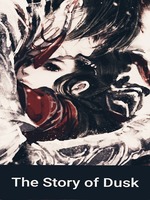 The Story of Dusk TSD

She was sent to him to retrieve the information, but her fate twisted when she fell for him...

The girl’s eyes were so captivating that Xiao Tianyao couldn’t be able to draw his attention away from her, as though something was sucking his soul. “Beautiful…” He kept repeating the same word in his reverie.

“… All the palace people from the Kingdom of Xinghe will be sentenced to death.” The eunuch added some information before he ended the decree.

Afterward, the soldier from before stepped forward and was about to grab Luna’s hand with intention to drag her away, however, surprisingly Xiao Tianyao held his hand before he could touch her.

“Stay away from her.” Xiao Tianyao said coldly.
With puzzled expression he inquired his General action. “But, General… the decree said we have to kill her.”

“I want her.” He said with finality.
“But, Prince Xiao Tianyao your action is against the Imperial decree…” The eunuch retorted.

Xiao Tianyao didn’t say anything anymore when he helped Luna to stand up, ignoring all of the questioning eyes as he walked away with her in his embrace.

Xiao Tianyao unexpected attitude baffled everyone who were presence there.

“Prince Xiao Tianyao decision can’t be justified.” The Eunuch mumbled. “All of you retreat for now. I will try to talk with The Prince. Leader Feng Chang, follow me please.”

Both Feng Chang and the Eunuch rushed into the palace hall to the direction of the Emperor of Xinghe’s room that Xiao Tianyao had occupied.

When it was only the two of them, mocking smile appeared on their lips.

“Inform to the Emperor that Young Miss Luna will handle it beautifully.” Feng Chang said as he slow down his pace.
“Young Miss Luna ability is simply unimaginable.” The eunuch announced it in amazed.

Feng Chang didn’t say anything when he saw the eunuch gloated face.

Check out my other stories:
**PURPLE DUSK TILL DAWN: dearest through the time
**The Love of a Lycan