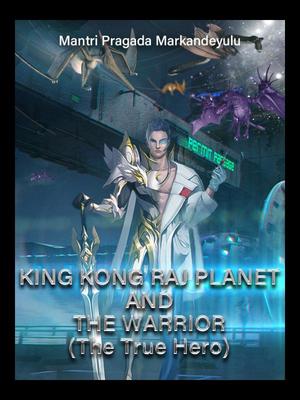 An evil “King Kong Raj” who rules in a Planet called “King Kong Raj Planet”. He troubles and tortures all the people in his Planet and robs all their gold, jewelry and diamonds. People of that Planet fed-up with his rule. This evil King has his own army who frequently robs and tortures people to gain an upper hand for this evil King. This evil King had some super-natural powers and also maya, mantra, tantra by virtue of his staunch Prayers to Sun God. He even creates a big evil appearing thing, called “BING THING”, which cannot be killed or destroyed by anybody until the evil King Kong Raj gets killed. Maharshis and Rushis of this Planet also were tortured with cruelty. This Kings hefty soldiers and army rapes women, enjoys, robs and even destroys their properties. The battle is through Sword Fights, Dagger Fights, Arrow Fights and Fights with Maya (Illusion) and with the BING THING too.

An opponent group leader “The True Hero”, by name Vishal always tries to defend people and fights against this evil King Kong Raj many times, but in vain. The Hero has the full support of the Maharshis and Rushis in this Planet and also Queen’s Angels
Angels of the nearby Planet called “Queens Planet”, and the Sun God also support “The True Hero Vishal”, who is a staunch supporter of the Sun God and Maharshis and Rushis. Vishal gets the blessings of all the people of the planet, Maharshis, Rushis, Queen’s Angels and the Sun God.

PART II
Vishals takes birth again on Earth. The story of Vishal starts from his childhood and he becomes Physician and a Doctor in a family.