The Vampire's Love: You Are My Destiny - Fantasy Romance

/ Fantasy Romance / The Vampire's Love: You Are My Destiny 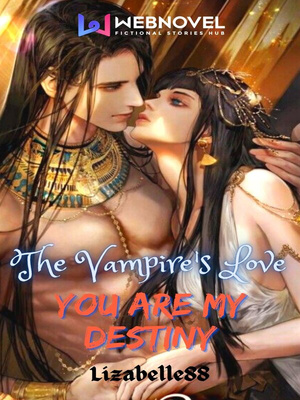 The Vampire's Love: You Are My Destiny TVLYMD

Laura died when she was a baby. Her heart shut off completely. Out of desperation, her parents made an unwise deal to bring her back to life. Her family fled their village and hide in a far away place, with no intention of honoring the deal.

Mysterious black hooded cape men descended into their mansion. They hurt her father and abducted her sister, claiming that they're fulfilling the deal that took place a long time ago. Her sister can only be returned to her family ten days later, in one condition, she won't leave their town.

To protect Laura, her father entered another deal to marry her to the most notorious womanizing bachelor in the next town. The groom was the son of a powerful family, he has a questionable attitude and lacking in the looks department. Then she met the 'other' brother. He's handsome as hell and mysterious in so many ways, her heart beats crazily for him. And yet... he turns out to be something not human.

And to add chaos to her peaceful life, a shapeshifter appeared in her room, claiming that he was her soulmate.

Her peaceful life descended into chaos, and so the story begins.


***The cover is not mine. All the credits and rights belong to the artist.


~My Other Novels On this site~