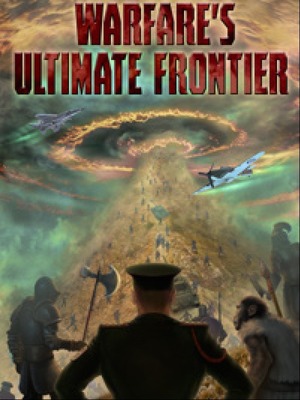 [Note] You can preorder the first volume at this link here
https://www.amazon.com/Warfares-Ultimate-Frontier-Quasar-Magellan-ebook/dp/B086TXV53W/ref=sr_1_2?dchild=1&qid=1586999417&refinements=p_27%3AMoonQuill&s=digital-text&sr=1-2&text=MoonQuill

Synopsis 1: What if military minds from every civilization came together and fought for supremacy using weapons ancient, modern and futuristic?

Synopsis 2: Cultivation inspired world, but with guns and tanks.

Synopsis 3: The only concept more thought about than what will happen during our lifetime is what will happen in the next lifetime. Turns out, the so-called afterlife is nothing more than being transported to a place where your greatest characteristics will be able to shine. Unfortunately, so is everyone that has ever existed and everyone that ever will. This new life, for most, is not a mercy. Instead, only those who have clawed their way to the top could ever hope to live peacefully.

For Baron Magellan, he reincarnates into the planet of the military strategists where he has to compete with countless generations of strategists, pirates, rebel leaders, etc. Ranging from Napolean to Subutai, to Bai Qi, to Alexander the Great. There are no shortages of battles and ruthlessness. There have been no recorded deaths on this planet and some inhabitants have lived for over 10,000 years. Every millenia, there is a tournament that pits the best of the best against each other. The winner gets whatever they wish.

Most everyone on this planet are divided by countries such as Greece, China, the United States of America, and Egpyt. However, there is one mystery that is on everyone's minds. Who are these people from the community of Jordsand? This community has won the once in a 1,000 years tournament every single time.
---------
Latest chapters will be posted here:
https://www.moonquill.com/book/warfares-final-frontier