The Mage of Primordial Chaos - Fantasy

/ Fantasy / The Mage of Primordial Chaos 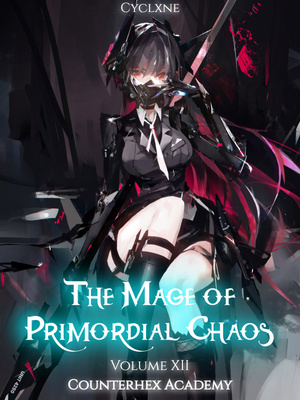 The Mage of Primordial Chaos TMOPC

From the moment Xuan Kai was born, he was fated to suffer. Devoid of any magical powers in a world where arcane power rules all, no one could protect him after his parents were assassinated. Betrayed by his friends, cheated on by his fiancee, and humiliated by his own family, no one would've blamed him if he ended his own life. However, he remembered his mother's final words as she passed him a stone pendant - "Live on." And as he held the rough rock in his hand, unbeknownst to himself, a never seen before magic element began waking in his body...

"If fate wants to make me suffer, I will defy fate itself. If destiny wants me to die, I'll kill destiny first. If the heavens want to crush me, I will stand up against even the heavens!"
----------
Let me know if you find any inconsistencies in the beginning chapters with the later chapters. I am going back to revise my early chapters, so please be sure to tell me if you find any plot holes!
----------
Release rate: 1 chapter/day, since not as busy with school anymore.
----------
Important Note: The background image in the title page is NOT mine. It is by an artist by the name of kawacy. You can find him here: https://www.deviantart.com/kawacy
----------
Discord: Cyclxne#3415
Server: https://discord.gg/3S8jH2S