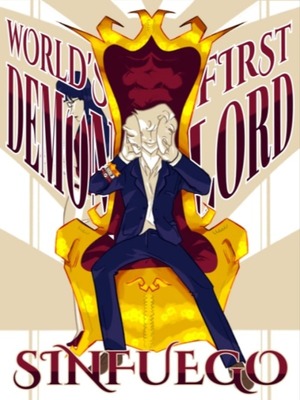 The Mage King, overthrown and killed by his own people, escaped via one last spell. Reincarnated in the body of a weak baby, he sets off to conquer the world once more.

Except somehow, he has been reincarnated into a completely different world. A world with no mages...aside from him.

What is the point in ruling such a boring world? He might as well reincarnate again. Until the TV catches his eye, and he sees a certain animation from a far east Asian country...

Maybe...maybe I can do something here. Maybe in this world without mages, a mage is what is needed to spice things up a little. Maybe this boring world needs...a Demon Lord to rule it from the shadows.

If this world isn't interesting enough, then I'll force it to change with my own hands!

"A Demon Lord needs henchmen, so I will create my own!"

"I also Heroes to fight against, so let's make those as well!"

"Hmmmm...I like System novels, let's give a Hero a Gamer system!"

"What's this? A thriller? Hmmm...maybe I can make something like this too..."

Lots of LGBT issues in here. If you can't handle gay, this is probably not your story