/ Magical Realism / I'll Become a Superstar (System Will Help me Though) 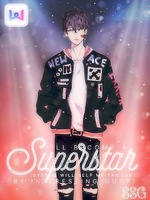 I'll Become a Superstar (System Will Help me Though) IBS

Dying an unfortunate death, Om reincarnates in another world, but finds out that he has got a Life-Changing System. The System promises him to make him a figure that can shake the whole world.

Soon, he realizes that this world was a little different than his own. Movies, Songs, Literature, and many things were different in this world. Then, does it mean that he could use all those things here in the new world then? Would it still be considered as plagiarizing? Well, who cares as long as I become a Superstar, right?

System: "Yes. Use them. Definitely use them."

Something is a little suspicious about the system. What is it? To find out, read this hilarious novel and follow our Mc, Om, and see how he is going to start from India and then sweep all over the world to become a world famous superstar.

After several years, a reporter asked Om,"Sir, as a world famous superstar, can you say a word or two to encourage the younger generation who is struggling in their lives?"

[This poem has nothing to do with me except translating it. This was written by a very, very renowned poet whose name is Muqtida Hasan Nida Fazli.]