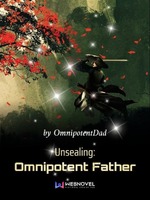 Warning, the author of this book is a;
-An uneducated person that graduated only in high school and has poor English skills.

-Learned his while watching anime, reading novels and manga.

-Is a father that's trying to earn money from working while also doing some part-time jobs.

Mo Xie, someone that had reached the peak on the Realm that which he lord over, Alchemy? Smithing? Cultivation? Weapon Master? Inscription? Name it and he would definitely have vast knowledge about that, with the life of a supreme expert which he believes to be the peak, his life that had already reached thousands of years, ended...

Ehhh? How? well, something stupid, you just have to read it.

But with a twist of fate, he was reincarnated, into an all-powerful, supreme, and useless mortal.

Crippled Cultivation, 'a' Soul Sea that is destroyed, and physique that can only possess Mortality (Well, that is until he can cultivate again of course.)

But how can he, Mo Xie stand to become someone useless after being someone supreme? With all the knowledge he had accumulated through billions of years, he'll fight his way, to become the greatest... FATHER!?

-Will be uploading a new version in Mangatoon