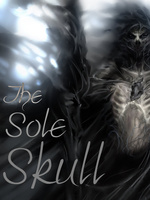 Winner of Writing Prompt Contest #36 : Dungeons
--------------------------
A group of people found themselves in an 'Elevator.' They didn't remember anything but their names.
None of them knew, but a giant labyrinth world that filled with monsters was the first stop in their new lives.
A boy named Dante was among the amnesiacs. By chance, he obtained a weird Hidden Class called 'Skull,' and the legend began.
Join Dante as he clears the dungeon and finds his memory fragments inside of the monsters.
--------------------------
Tags: Action, Adventure, Male Protagonist, Dungeons, Weak to Strong, Survival, RomanticSubPlot, Game Elements, Hidden Classes
--------------------------
Three guaranteed chapters per week.

Depending on the power stone rankings, there will be bonus chapters every week. Every Sunday, the rankings will decide the chapter count of the next week. (Writing this paragraph felt weird for some reason.)

PS; The image doesn't belong to me. I don't claim any right on it.