/ Romance / I’ll reach the stars and moon for you 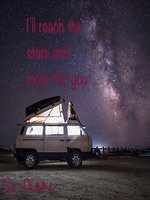 I’ll reach the stars and moon for you IRSAMY

This is a story of a young woman with a great interest in serving people and fighting for their rights and well to live.

Isabella Han or Ella is a fresh graduate from Stanford University, Stanford Law School in California and returned to Beijing to practice law and served her country.

Arriving at Beijing airport Ella who is used to be fetched by her parents or their driver is now taking a cab to where her friend's apartment.

Upon seating in the backseat car, Ella who is just leaning her back to the seat and about to take her nap was disturbed by the sudden buzz of her phone. She opens her eyes and reached her bag to get her phone and see who message her.

Message: Hi there, sending you this message to warn you to please notify me once you reached Beijing at least a message will do. You already knew my apartments' password and there is food in the fridge. Fill your tummy before you take your rest I’ll be coming late so feel at home. Welcome back home friend. Mwwwuuaahh.

A smile appears in her face as she reads Usa's messages.
Susana Wen or Usa was her classmate since elementary and her best friend when her father disown her Usa was there to support her from time to time. Until she passed the scholarship in California. It was Usa knew what was her struggles with, so when her friend message or call her she felt warm in her heart.

She replied: Hahahaha okay. Nag, nag, nag why acting like a mom?! Is that what you learned working at the firm? By the way, thank you for your undying care hahaha I'm on my way to your place. And take care of yourself too.

As she finished typing and clicks the send buttons her phone buzz again and on the notification bar she saw it was a message from her nanny.

Message: Young miss I just want to inform you that your father knew you arrived and madam wishes you to be safe and sound. I miss you so much, young miss. sob sob

She starred to the screen for a few seconds and decided to delete the messages without replying to her nanny.

12 midnight.
Christian: "where were you? Book me a room at this hotel, now!" he hung the call leaving his assistant frightened by his sudden call and to think of it, it's still in the middle of the night.

"And where might be him right now...?" assistant Tang thought to himself as he dials his boss number.

"H--hello, Mr. L--Lee, If possible where would you want me to book you? At this moment I don't have the idea where were y--"when the sentences were cut by Christian.

'Why does my body felt like burning all of sudden?' the question himself as he waited for his secretary.

1 am
Reaching the 10th floor, the elevator ding as it reached its destination with the door open. The presidential suite of the hotel is located on the 10th floor of the building and is composed of 10 rooms unlike on the other floors the whole floor consists of 100 rooms.

As the elevator door, open Ella walk out sluggishly and a bit tipsy. She scans the place and realizes the long and wide hallway with white walls.
"I should just tell them to book me an ordinary room, sigh, it's a long way for me."

She walks through and through until she reached the room."Oh, there you are"a smirk could be seen in her face as she manages to get through the card but to no avail. Yet as she almost lost her footing and she leans on the door to her surprise it was already open.
"Oh, that's why I can't open it because of it already open. What kind of staff they have left the door open after cleaning. tsk, tsk." she mumbles till she reached the bedroom and jump on the bed and she falls from her dreamland.