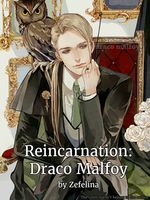 One of the best HP fanfic i've ever read. Nice pace, fkin great world-building AND THE MOST IMPORTANT PART- MC is loveable, smart and has a great development through the story. Oh yeah, if you are interested, it has great grammar and is easy to read even for a foreigners ''cough-cough". Thank's for your hard work.
2yr
view 0 replies

Until this series, I don't think i have ever been able to read a fan fiction beyond the first few chapters. I binged this over the weekend. I love the view of the Wizarding world from the perspective of a 'pureblood' tempered by the awareness of a transmigrated reader of the books. Almost everything landed for me in this series; -the smarter classier version of Malfoy, -the deep exploration of magic that was never really addressed in the books. -the nuance in the good vs evil/light vs dark perspectives with Malfoy being more grey, -the political and cultural ramifications of muggle born wizards integrating and changing magical society is fascinating. -It changes the purely racist, evil, and unrelateable stance of purebloods in the books to an understandable fear of their culture being lost or destroyed. I even liked the inclusion of differences between pureblood and muggle born magic affinities with both having their advantages. Obviously, there are still the extremist hardliners that are pretty evil but even that has some compelling reasons behind it. I love the exploration of what motivates the characters and the different views they have. As for my personal low points; -The rescue mission in the Egypt arc early on(wasn't terrible just didn't spark my interest). -I get nervous when the story gets close to addressing his transmigration status(could go either way for me). -I get a little annoyed when certain characters (2 of them) misunderstand and ascribe Gryfindorish/heroic traits to the MC when it is in opposition to his actual motives and character. It's rare and usually played for a laugh. (overuse of that one killed another series for me called 'Trash of the Count's Family')
2yr
view 0 replies

This series is great. It's really interesting seeing things from a pure blood point of view. I think you did an amazing job keeping all the other character personality and how Draco being OP is actually a mix of his hardwork and maturity since he's a 30 years old man. The story is a little slow paced but at the same time builds a whole new universe around Draco so that a good thing. I like how there's interesting new characters that can probably change the course of the story. Please keep the good work.
2yr
view 0 replies

Best draco-cEntric fanfic i’ve ever read. please author try to update this story again! I love it so much! Been staying in my lib so so long waiting for an update 😭 love you!
4mth
view 0 replies

Interesting book ! Without spoiling, I would say the new Draco is far more lovable than in a book. I love the harry potter world even when single out a charater I would find he or she really frusting. This Draco give a good balance to the story and a different perspective of what could have been. Just give it a try and see for yourself Welll I am still a bit sad it has been a year or more now since the last update ...
7mth
view 0 replies

This is the best HP fan fic I’ve ever read. The way the Wizarding World, especially the pureblood side, was portrayed is genius, as well as acknowledging and expanding on parts of the original series that were hinted at or ignored. The way reincarnation/transmitigation was included to change Draco Malfoy into a force to be reckoned with and make him a more understandable character is spectacular and creates an interesting narrative. This is expanded upon with new characters, a wider scope of the world, and glimpses of original trio which show familiar scenes with adjustments in how Draco has affected the plot and in the author’s style of writing. It combines the nostalgia for the original series and the new epic being written fluidly and with flair. My only regret is that the series hasn’t been updated in over a year.
8mth
view 0 replies

There are a lot and I mean a lot of fics on webnovel which are terrible yet somehow manage to get many 5 star reviews. Maybe due to bots or something making all the reviews and all other real reviews being deleted. But this fic is not one of them. In fact, this fic might just be the best story that I have read on here. This fic is very good even if, in general, you hate HP fanfiction because I find most HP fictions to be terible. I highly recommend this fic and I gave It my powerstone.
10mth
view 0 replies

This is perhaps the best reincarnated fanfic I've ever read ngl. Although there were some good ones, they ended up turning into harems, much to my dislike. I'm very eager to see how this story continues. I love how Draco isn't around the main character as much instead focuses on himself more and the description isn't too long yet you can visualize the setting. Beautiful! 😊✨
10mth
view 0 replies

I have read over a dozen harry potter fan-fics but, this is one of the two books I thoroughly enjoyed reading . unlike other fan-fics which seem to have a ideal\OP protagonist or dark dumbles . this novel takes a different approach and introduces us to less known aspects of potterverse like rituals , dueling , politics, other dark lords ... etc. The novel has a slow pace with a bit of slice of life(not one of like genres ) with a bit of extra( unnecessary(for hardC. HP fans) ) explanation on magical theory but nevertheless doesn't bore you out . @author please do not drop this novel
10mth
view 0 replies

Love this book. Just checked back on it and it's been a year since last update. I hope you get back to this story soon. Aaand apparently the review has to be a certain number of characters so I'm now typing filler words.
11mth
view 0 replies

The background of this story is intricate and really amazing but it doesn’t give too much information and instead feeds you information little by little, making you grow more curious over time instead of getting bored. There are rarely (if any) mistakes in grammar or the plot, the character design is in-depth and easily understood. The only problem is that the last chapter was released in November of 2019, sadly giving me the assumption that this is dropped. This is one of the best fan fictions I have ever read and I can only hope that the author will pick it back up again.
11mth
view 0 replies

Well it started very well at the beginning you can see his childhood what he is learning and so on but after a certain time it becomes very boring and feels very drawn I even skipped a few chapters because nothing happened per se I mean I jumpt from chap 19 to 30 and he's still not at Hogwarts. and as always **** you sons of bitches spam bots you are all worthless and useless pieces of **** to be exterminated
1yr
view 1 replies

This was one of the best Harry Potter fanfictions I have ever read. The story was well developed, and offered the different pure blood point of view the original couldn't. Only thing letting it down for me was the speed, but I think too slow is much better than too fast. Nice book!
1yr
view 0 replies

While at times the plot was a bit slow it made up for it by the worlbuilding, good character development and was honestly a joy to read! I can't wait to read more! I read the whole thing in like 2 or 3 days maybe less it was that good!
1yr
view 0 replies

This is a great HP fanfiction! Many people focus on Harry Potter but I like it that you focus your story on Draco Malfoy. Great chapters. I hope that you can update soon!
Reveal Spoiler
1yr
view 0 replies

Thank you for the chapter. This is probably one of the best self-inserts in the HP fanfic fandom, so I hope that you continue writing this story.
1yr
view 0 replies

What you haven't read this yet.. better get started! This is actually one of two fanfic novels here about HP that is good. Grammar is great, few spelling mistakes sure but dont affect the overall experience. Plot it good, world build is superb you might think Rowling gave the materials herself to the author. read it now.
1yr
view 0 replies

This is a good fanfic, though idk when the author will back and continue the story. Just come back dear author! We want to read your story....
1yr
view 0 replies

I love how you write draco Malfoy, it is slow burn how you write his development. We know that draco somehow going to surpass Harry or becoming one of powerful wizard. N the fact he is very good with business too he is rebuilding the Malfoy image very good. I just hope in the ending draco Will conquer the magic world by economy.
Reveal Spoiler
1yr
view 0 replies

It is one of the best books which I have read in my life. I really like how Author writes this novel. I hope in the future she will write her own novel. Good luck
1yr
view 0 replies