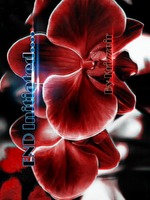 
Kiel, a world renowned scientist of the modern world sacrifices even his life to create his own ideal world.But now is given a chance to reincarnate in a magical world where possibilities are endless.


But alas, he who thought that he had a great future waiting for him, witnessed that he was awakened without even an element? Is this the end? Or is this the start of a new journey?


What will Kiel do, loaded with his knowledge from the previous world. Join Kiel as he traverses the path of magic now instead of science.


A new chakra cultivation! A whole new path. A whole new world. What will the world have in store for a little mortal?

Although succeeding in his endeavour, the world didn't give him time to look towards the new world he started. Cause, bringing the world to a new era had a price to be paid; and for him the price was his life.


But satisfied by his works, he felt a fulfilling death. However, how could Karma let such a genius fall? So maybe it gave him another choice.

He was reborn in a world of mana, a place where magicians were reigned supreme where everyone held the hope to change their destinies by themselves.

Armed with the knowledge of his previous world, with his very before seen Chakra, can he survive the world?? Can he live up to his name as a genius?? Join Kiel in his adventures and his pursuit of genuineness. Join Kiel as he underveils the mystery of his own self.
***


Note- If you are bored with all the regular trade off the mill novels, this is something that you want. Give it a try. And if you like it, help this author grow by adding it to your collection.
This is my first novel. So please don't take too much offence!