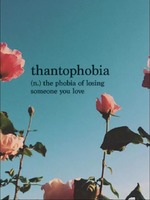 Imagine being a 10 year-old boy who loves all living things and would do anything for his family.

Imagine being a 10 year-old boy who meets a family, and within that family a living personification of Hell named Henry, along with his brother Gilbert, thrive off of dominance, but they'll do anything to protect their young sister named Ava.

Imagine falling in love the first time you meet this Ava. Imagine fighting for your life to save everyone else. Imagine for 15 years disputing against the same Henry and Gilbert whom killed your only best friend, killed your older sister, raped your youngest sister, and eventually got your only love in the world, their own blood, killed by your father because of a family grudge.

Imagine having the ability to turn all of these tragic events around with a little known treasure called Time Travel.

What would you, a boy brought into manhood through pain, anger, and suffering, do if such an opportunity came by?

John Biyora would know what to do because he took that same opportunity and turned everyone's life around for the better... Or did he?