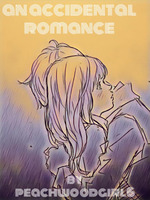 After her grandmother's death Kate Jones went to live with her parents.
She expected that her mother and father would love her but all her expectations had been shattered. Her parents never cared about her and often compared her with her older sister Renesmee.
As she grew up she learned that her grandmother left all her inheritance for her. She realised that her parents took her back with them not because they loved her, But because of the inheritance her grandmother left for her. But she decided that she would be a good daughter. She did everything her parents said. But even after that she never saw love in their eyes for her.
When she turned 18 they got her engaged with Marcelo Lawrence, they didn't even asked her if she wanted to marry him or not.
She couldn't even completed her graduation and they forced her to marry him. So the young Kate had to marry Marcelo.
But her suffering didn't ended their, she was often mistreated by her in-laws and her husband never loved her.
On her 20th birthday he tried to kill her, she somehow saved herself and ran from there.
She decided not to go back to her abusive husband and to her parents because she knew they would never going to believe her.
She changed her name to "Angel" and went to live in D city.

After running from her abusive husband, Angel decided to work in a company, which provided temperary employees . She changed her original name and without any appropriate qualification , she worked as an assistant in a salon. She was often mistreated by her employer and other staff but she hang in there, untill one day when she was returning home from work, she saw 5 men beating a single guy. She decided to ignore but couldn't because she remembered when her husband tried to kill her noone came for her rescue not even god. So she decided to help him.
she some how maneged to run from there, and she rang police siren on her phone, she placed her phone in a tin box so that it became loud . After that those guys ran. she admitted the guy in the hospital.

Two weeks later when she was returning home from work, she saw a biker was going to hit the guy, who was crossing the road in front of her she pushed the guy and instead of him she got hit.
she didn't know that helping a random guy could change her life completely, one day she was a temporary employee now she was girlfriend of a superstar......

For the readers - the story might seem boring and obvious in start but if you could ignore, some grammatical errors I do have a beautiful story to share.
And please share your views on my work, your reviews and comments can help me a lot, this is my first novel and I really want to improve my writing.