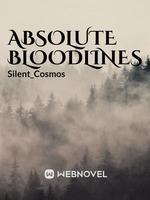 Gorda, a world where different races crawl and survive to live peacefully away from its war, it's a world where primal beings, dark beings, and Overseer co-exist with each other.

Since the creation of Gorda, Border between, primal and dark is already set in place, they exist to protect one another and the Overseer is the one to manage it.

But over time the barrier is getting weaker and vulnerable, and so the Dark being created a way to cross the border, but unfortunately it comes with a hefty price, they need a tremendous amount of sacrifice but they still did cross the border.

Many different kinds of devils, very strong demons in command they ravage the mid world, they kill a mass of races, murder many villagers, destroy many cities, almost anyone terrified at the sight of being ripped apart by the savages, the world is at the peak state of downfall.

Many races were almost extinct by the destruction made by the Dark beings, they were being eaten, played with, they become slaves and food stocks.

But a specific race, still fought for the world, many thought that they were just throwing their lives, they were brainless, idiots, moron, but nonetheless they still fought and brought an end to the dark beings, they force them back to their own side of border, then they try to seal the border, but unfortunately they can't, but they use of forbidden technique, and now dark being can only cross the border with a tremendous amount of sacrifices and they can only cross with limited numbers of them.

The peace, we're brought back together as the whole race of mid world express their joy, but everything comes with a price, the forbidden technique they use also needed a sacrifice, and the one that fought the dark beings, the 'Klyn' races, they sacrifice all their life force to the moment we're all of them were annihilated, and become extinct.

Many were grateful and grief for their sacrifice, and so the mid world they protected were named after their races.

It was named The Braverous Klyn Continent.

And so hundred of years has passed, and another danger approach, but is not a simple danger of extinction of every race, it's a danger where the world is going to be destroyed.

It happened around 9 years ago and the world turns dark, earthquake tremor every place of the planet, volcanoes erupt without notice, the mountain was split apart, the ocean rises and engulfs everything it passes, after that, an unknown monster appears out of nowhere, and the world seems to extend tremendously, but the problem is still nowhere to be finished.

And unfortunately for Allen, he transmigrates into this world without knowing how and why, but he was lucky to have his trusty system.

[HOST MAY NOW VIEW HIS STATS BY ACTIVATING SYSTEM BY ‘STATUS’]