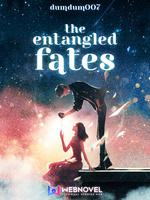 It is said that angels and demons walk on Earth in human forms. But what if it's not just a myth and they actually are present around us, keeping a low profile.

What if it's the boy you bully in school, or the girl who always keeps to herself in class are not humans and waiting to creep into your dreams.

What if it's a girl who always tops the class and her brainiac image is actually a part of her superpowers, the bullied boy is keeping chains around his ire, not letting his unstable powers to unleash and the world doesn't lack such beings.

Aden and Amara are such two lost souls which are fated to be together. But is it really that simple for them to be together? Or destiny has something else written for them.

What will happen if these two finally cross each other's path after walking for decades on Earth. Or is it really the first time they will run into each other?

"Hey, White Head! Pass me the ball." I heard his voice coming from across the football field, but decided to ignore him for now as I didn't want to have anything with him. But who knew that he could be persistent about getting things his way as I heard him shouting the nickname he has so lovingly given me, once again.

"White Head? Are you deaf?" I saw him taking a couple of big steps in my direction from my peripheral vision.

'Hey dude! Can't you see that I am trying my best here to ignore you here?' I thought to myself, cursing my forgetfulness to take my headphones back from my roommate. Yes, I live in the dorms, but why did I have to give her my headphones when she asked me to borrow them for a day, and that was two days ago. She still hasn't returned them. And if you are going to ask me why I haven't taken them back after a day was over? I forgot.

"Are you going to pass me the ball or not?" His annoying voice made its way into my ears once again. 'What is wrong with this man?'

"Hold on!" Given no choice, I had to shut my notebook close and walked down the stands to where the football was lying peacefully. I swear I am never coming back here to even relax let alone revising my notes from today. Why wasn't I in the library? Because it felt wrong to me, the place I mean. It was a library for God's sake, not some dating. Kids these days need to learn to respect the place.

Lost in my own thoughts, I stepped down the stands, taking one step at a time. With my usual bored expression, I picked up the football and raised it up in the air. Aiming it in the direction where he was standing not so patiently, I threw it. And damn! Did I make a mistake! Too busy cursing the world in my mind, I actually forgot not to use too much of my strength. Though it wasn't that much, I could still tell from his expressions that it wasn't too less either.

I saw him standing rooted to the ground as his eyes stared at the ball for a while before snapping in my direction. And what followed it, shocked me somehow.

"Thanks, White Head." He smiled in my direction. Was I hallucinating? How did the man who hated me the most on campus, just smiled at me. Shrugging in response with the same expressions on my face, I walked back to where my notebook was waiting for me.

You guys can join my discord server to get updates about the novel:
https://discord.gg/jgP7Dms

*P.S.! The cover DOESN'T belongs to me. Credit goes to the original artist!*