The Way of The Dao - Martial Arts

/ Martial Arts / The Way of The Dao 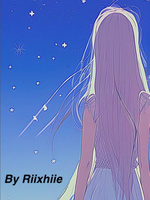 The Way of The Dao TWOTD

A Supreme Immortal expert, finds himself in a troublesome situation where he has almost one foot at the door of death, he decides to save at least his disciple from dying, so he sends her out of the place using a secret technique prohibited.

After saving his disciple and sending her away, he lets himself be dragged into the abyss ... surrendering to death ...

After a while, he wakes up and realizes that he is still alive, but that apparently, the place where he is is not the Immortal World, since the energy and spirit of the place are so scarce that it cannot be cultivated ... and to his surprise, he realizes that all of his cultivation, power, and essence have been sealed deep within his Dantian by an unknown force ...

So, what will Ling Tian do to return to the Immortal World if he is practically 'crippled' in his current state ...?

The small first volume, one could say, is the prologue.

It is about the MC's past life and how he went on to become a powerful expert on the immortal world.

If you want to start the story directly, you can start reading from volume 2, chapter 33.

I hope you enjoy it.


The background of the cover image does not belong to me, if there is any complaint, I will change the image ...