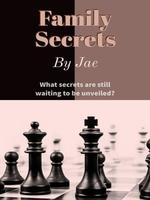 I am amazed. This is going, awesome author. Hooked on this book. Waiting for the new updates... Do update quickly cant wait for the next chapter. Overall, a good book to recommend with good writing skills.. Please keep it up:)
22d
view 0 replies

The world's background caught my attention right from the beginning. I was interested to see the life of a hitman's family. The MC is a sniping prodigy that doesn't require a spotter's help to kill her targets from long distance. If that doesn't sound prodigious, I don't know what would. 😁 The heist mission with her team were so cool to read. The only thing that always killed to mood for me was how she always pumped into a human wall (3x in 8 chapters), some university jock, which made me question her instincts as a hitman many times. There were some instances where MC's morals were questioned, for example, when she was upset that she killed a wrong target, an innocent person. Mind me, it wasn't her first kill. It made me think that she was not suited to be an assassin for hire, and that she should have fought against her family for a special ops or a military career instead. Who knows... she wanted her father's aknowledgment, so maybe she'll have some dark character development, and would become colder and colder as times goes be. Or maybe the author wanted to make her more likeable? Didn't work on me. I don't know...a 'good' assasin doesn't ring a good bell in my ears. Maybe my impression of killers for hire are just that twisted.😂 For a dark background, her every day seems pretty normal. She goes to school like everyone else, has friends and enemies, goes to parties and etcetera. Her relationship with her father is a bit strained. Her father wants to make up for his constant absence. Not the most overbearing and controlling man out there, the MC didn't fear him much and could even talk back without being punished. I concluded that he is not such a bad dad. Sometimes her thoughts blended with the rest of the text, so one could mistake it and assume that it was a fourth wall break. 😁 The various relationship with different characters are interesting enough to make you read more and try find out the reason behind some of their actions. Overall, good job.
1mth
view 0 replies

Okay! I read through the work. It was an amazing job you did there. Just the first and second chapters gripped me harder than I had previously imagined. Nice storyline and satisfying pace. Great one...
1mth
view 1 replies

Incredible story. I cant wait to finish the book and read more updated chapters. It gives you clear picture of what's happening and you feel being part of the story. I love it
1mth
view 1 replies

This book is one of those, you know killing is wrong but you just can't stop reading it. I'm on the edge of my seat waiting for Vaughn to find this elusive gem. I'm glad that this book is already complete so I can binge-read it and won't need to wait for the updates.
2mth
view 1 replies

Very well written and has great story development. The wording is so smooth and intricate. The plot was very interesting, I like a strong lead female. Great job by the author
2mth
view 1 replies

This is a really nice read. The characters are well developed and each have their own unique quirks. It is a really good story that is well written,
2mth
view 1 replies

It's really an awesome story line. I love the title and the cover photo also brilliant. The synopsis really made me to read the story... Looking forward for more chapters 😍
2mth
view 1 replies

Wow, a fascinating story that captures your heart. I got hooked when I read the synopsis and it just got better and better experience with each chapter. Absolutely perfection of writing uses of phrases, backdrop simple yet intriguing. You have die really great work. Kudos to the author. Power to you. 👍👍☺☺ I nightly recommend this book to read by everyone.
2mth
view 1 replies

Currently read through chapter 9. the plot seems intriguing from what I have read so far. Got me hooked and added to the library. A good read indeed, .
2mth
view 1 replies

This is a good start and I'll have to check this out when I get more free time. definitely seems like this is gonna be a story I enjoy. I can't wait to see more.
2mth
view 2 replies

Family secrets, there's no family without any. Everyinute we grow we discover the truth about families. Only the Title got me thinking... don't get me talking about secrets inside the book ⭐. Keep up the good work.
2mth
view 1 replies

one doesn't need to go far to see how awesome this book is, it captivates you right from the beginning, and the further you go the better it becomes
3mth
view 1 replies

from the synopsis alone, you can foresee the kind of delicacy you will see inside and surely i wasn't disappointed at all. Secret identities and all that makes me feel as if i have it all and i am glad that i get to come across this book. Even though i am not done reading the whole thing, I am very satisfied with what i have read so far and Author, you did great. this is such a wonderful book.
3mth
view 1 replies

This is one of the best novels I've read on webnovel so far, I'd highly recommend it! The writings fantastic, and the stories amazing! I can't wait for more.
3mth
view 1 replies

Vohaaa. Actioooonnnnn. A good one...This is a very good one...You should try this one if you like Mafia types. The flow of the story is so good also. Thanks to the author for sharing this one...
3mth
view 1 replies

[img=recommend]so good, the character dynamic is amazing. I can picture everything in my mind, it's like watching a movie. keep up the good work.[img=recommend]
4mth
view 1 replies

oh MyMy, what can I say about this book. writing a suspense is not anneasy task, and the author is totally into it. I must say, it's thrilling and so much adventurous . keep it up
4mth
view 1 replies

The synopsis is interesting and captivating from the beginning. I was confused in beginning but later it made me to read more and more. The names are unique so as the storyline. I would recommend this book if anyone looking for a good one to read! All the best Author for giving us this experience. 😊🤟🏻
4mth
view 1 replies

I haven't gone far but this story has already got me hooked. I love the characters and their attitudes. the theme of the book is just great and I can't wait to read the rest. kudos author
4mth
view 1 replies

There is never a down moment and you stay on the edge of your seat throughout. You can't seem to stop until you finish the story! I love your writing style and I hope we get to see more of Vaughn in the future!
4mth
view 1 replies

What a magnificent cover page! Original and catchy! A very interesting story! The plot is intriguing, the characters expressive. You don't struggle with tenses, grammar, or style, like most of the authors here, so it's a pleasure to read! Well done!
5mth
view 1 replies

I'm currently reading the third chapter. There is something with how the author describes the ambience, the whole environment of the story. The plot is interesting, I haven't read this type of stories for a while. This is the first time, after I guess six months so I'm really excited and glued to this. Nice work author❤
5mth
view 1 replies

Wow! This story deserves more, every chapter I read, makes me want to read and know more about what will happen. This is a very well-written one, the story itself is really interesting. Again, this masterpiece deserves more! I highly recommend this to everyone. Keep up the good work, Author!👏[img=recommend]
5mth
view 1 replies

So mysterious ........I love it The introduction got me hooked Great story idea, good choice of words Can this book get any better? Good work to the author
5mth
view 1 replies

YOUR WRITING SKILLS IS SO COOOOOOLLLL~ the plot was amazing, no words could explain how fascinated i am, the plot, the characters, everything. keep striving author~
5mth
view 1 replies

I love how the author worked with his characters here. The readers get a good view of the stories the gradual progression of the MLs. The secret revelations bit by bit is engaging for the readers to get hooked up to the story.
5mth
view 0 replies

This book is amazing. With an intriguing storyline, I'm marvel with the author's idea. The mc is a strong person with distinctive personality. She by any mean, is not a force to be reckon of. I hope to see her beautiful ending. Good job on producing such a masterpiece.
5mth
view 1 replies
next page
Webnovel