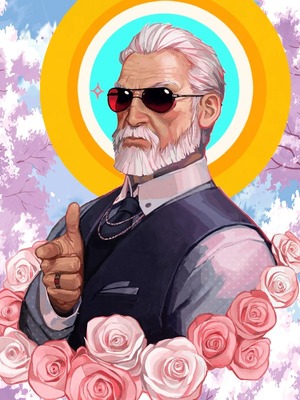 Alexander Maxim Universe, A kind old man, a war veteran, the most renowned scientist in the world.

After a life full of hardship Alexander finally completes his promise to his dead wife. He made a super-effective medicine for cancer. But his kindness was greeted with ugly politics and betrayal from his loved ones.

However, something different awaited him on the other side.

After his death, due to unknowingly saving the lives of billions of people, God adopted him as his son and gave him the job to purify the multiverse from sin. From that day onwards, Angels and demons called him the God's Advocate.

"My son, enjoy yourself while working, okay!. I don't want you to get bored from your job like Jesus. Damn, I miss Jesus, why did I send him there"