Standing Right Next To You - Contemporary Romance

/ Contemporary Romance / Standing Right Next To You 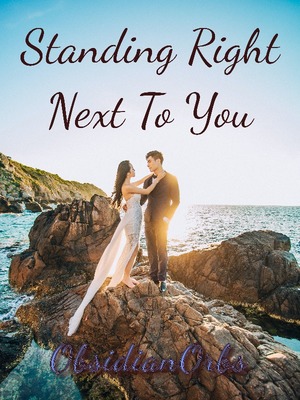 Standing Right Next To You SRNTY

Lina Yang had everything that you could want.

People who care about her - Yes

Then what was her problem?

She had read way too many novels in her teens causing her brain to function differently.

The drama and face slapping excited her but the love and tragedy scared her.

The angst, the drama and the constant and prolonged misunderstandings in them had carved the brain of young Lina Yang to think in a weird way. She constantly tried to relate her situation with those novels and also thought of those that never would happen.

For a virgin, she thought a little too much about what she would do if she ever got pregnant after a drunk one night stand with a random stranger.

Always at a conflict with her fantasy world and the reality around her.

She wants to see the drama around her but hates to be the center of attention.

She wants to be Kabedon-ed to the wall and fiercely kissed by an evil, possessive CEO type of guy. But at the same time, she thinks of all the sweet innocent MCs whose hearts were broken by the same type.


She just wanted fluff with a side of excitement while excluding the angst and heartbreak. Is that too much to ask for?


Will Lina Yang be able to cope with the storm of new changes happening in her life? Will she find love which she always imagined or will she be left heartbroken?

Only time will tell.

Pinned to the couch, Lina stared upwards at the man whose body was looming over hers.


His eyes roamed across her slender body, pausing for a split second at her heaving chest before focusing on those soft lips which were slightly parted.


“So Miss Yang, I heard that you wished to be kissed fiercely until you are left breathless and dazed.” He smirked as he drew closer to her deeply reddening face.


‘Who the hell snitched about my fantasy!?’ Lina widened her eyes and screamed in her mind.


However, as she watched the nearing face of the man who seemed to be on a mission to fulfill her fantasy, Lina could not help but blush further.


“Just say the word and I can turn your fantasy into reality~” He muttered teasingly and moved closer until their lips were just a hair’s breadth away from each other.


Lina gazed into his dark, enchanting eyes and there was only one thought in her mind.


Angling her head upward, she put her thought into action and successfully captured his lips causing him to freeze in the process.


‘Well, aren’t you a bold one!’ He smirked against her lips after receiving her answer and quickly got to work.

This is my first novel so guys please be patient and understanding.