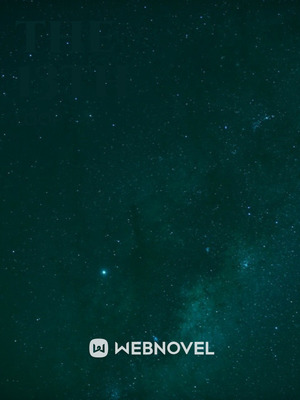 This is due to extreme violence and gore that it to occur, swearing, sexual references, major forms/depictions of abuse, mental health issues, self-harm, and even talks of suicide and the like.

I do not suggest readers under the age of 17 due to some of the things that will happen in the story.

Nadia Luna, a 24-year-old woman suddenly becomes a 15-year-old girl called Evangeline Espinoza who is destined to become the 'villainess' that gets killed by the 'heroine' and her supposed 'knights'.

But not long after waking up in this world, she learns of a curse that has been afflicted on this world with Evangeline at its center. Nadia is the 13th person, it is the 13th loop around from beginning to end.

Nadia's goal is to avoid the men that become the 'heroine's knights' and to change the ending she knows as Evangeline's ending. As time goes on more and more strange things begin to occur that hated 'villainess' begun to draw attention to herself from high-ranking figures in this new world she's been sent to. Monsterous creatures appear that desire her death.

What was once a video game Nadia played in her free time has become reality, and what she once considered her normal reality has become increasingly twisted. With many worlds in front of her at her fingertips, the greater the secrets that she faces.

'I know I have a plan and all but let us have a little fun and see how far I can push this mad man since I've managed to run into him somehow. And if I die I die.' Nadia sighed as she looked at the man in front of her that was practically emitting an air of hostility. She thought of him as a wolf.

"I wish to hear your reasonings young duchess of Espinoza. Why are you in the royal garden."

"Sigh... can't I just take a nice stroll without being threatened? Or maybe I came to kill you after that thing at the banquet for ruining the atmosphere of the party. You can choose a dear wolf prince." Evangeline replied smiling slightly. "After all you've must have heard what people call me even though you've been on the battlefield most of the time... to protect your youngest brother of the same mother. The mad lover of glamour Evangeline... honestly the dumbest name I've heard I much rather have your socialite name it sounds better than mine." she added with a sigh crossing her arms.

The 'wolf prince' pulled his sword and placed the tip of the blade to her throat Evangeline instead of fear smiled her eyes gleaming. This unnerved the 'wolf prince' he never expected a noble lady to act in such a way especially towards him. She was arrogant didn't care if he killed her it all clicked for him at that moment.

"Tsk, I'm not going to help a lady commit suicide."
"Aw, my ploy was found out how boring. You're clearly not as mad as they say though... what a pity, I had my mind set on dying today."

Evangeline turned around. "If you are not going to kill me I have little reason to stick around 'little wolf' maybe next we meet you'll be able to sink your 'fangs' into my neck." She laughed waving her hand. "I was looking forward to seeing the people of the Espinoza dukedom scramble over 'my' dying body. It's fun to watch people suffer especially when they deserve it." She added before stepping further into the garden with a smirk her silver eyes shining slightly as she glanced back over at the 'wolf prince' she left behind confused starring at her.

'He might actually be more useful to me than I initially thought.'