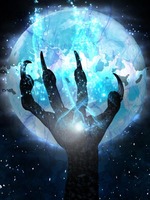 Disclaimer: The picture used in the cover is not minem If its yours and wanted me to remove it. please contact me and I'll remove it immediately.

After hearing the humiliation that his deceased parents suffered when he was still a toddler, Ban decided to train himself with the help of his grandpa to seek revenge in the future.

However, all his plans were shattered as the terrifying scene of a humongous beast fighting outside their small hut bathed his eyes.

Men in white then appeared one after another encircling his old grandpa.

Escaping with a tail behind his back, Ban finds himself in the Town of Little.

There, Ban was able to know secrets that his grandfather purposely hid from him.

One of that was, all the people of this world were able to contract their soul beast at the tender age of 10.

The beast would assist its owner in battle, may it in fighting or supporting behind their owners back.

Ban decided to get awakened himself.

However, during the awakening ceremony, Ban was left devastated as he learned of the truth that he was not able to contract a single soul beast.

Devastated, Ban exhausted himself in training to make himself stronger even without a soul beast's help.

That exhaustion leads to his death.

However, lady luck seems to smile upon him as the moment his soul was about to dissipate, it was grabbed by something and was forcefully put back to his body.

As he opened his eyes, strange words started to appear in front of him.

The transmigration failed, but the Almighty Tamer System remained.

"What is this thing?" Ban sadi bewildered.

Blessed with a System obtained from a failed transmigration, Ban felt that having his revenge was not that far in the future.

English is not my main language so expect a few grammatical errors inside.

Entry to WFP: Monster Tamer contest.
Help me by voting the novel with your power stones.
Thank you.