The Tiger Within - Romance

/ Romance / The Tiger Within 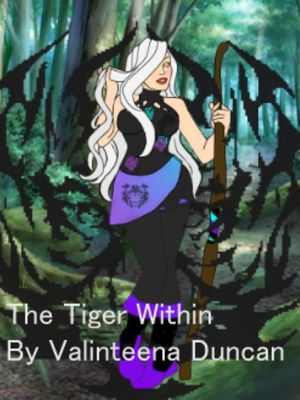 The Tiger Within TTW

In a world left with scars from a great war, the humans rejoice in their victory, but also weep at the cost. Unaware of the blind hatred that led to the slaughter, an entire race was nearly erased from the face of their lands. They believed they had wiped the shifters from the face of the planet, little did they know very few lived on in the very forests they visited, and in the villages they traded with. Forced into hiding, the shifters built a new clan, and lived by the old rules, hiding from humanity.

Kyera Shade of the Moon is a Shapeshifter who takes the form of a White tigress with silver stripes. Alone in the world, and carrying the weight of her clan on her shoulders, she attempts to uphold the law she was born to, and protect the remaining of her kind. Her heart decimated by the deaths of her brothers and the absence of her mother, she finds herself caught in a net and unable to break free. In her moment of desperation, a hand reaches out and catches her. A man who threatens to steal her heart away, but can she learn to forgive herself? Can she find love and salvation in another's arms after the betrayals of so many?

Clovis of the Dancing Rain is the fourth Prince of the Forest Kingdom. He is a clever man, but had no wish to be king. Perfectly happy to raise is Daughter in peace now that his young wife had passed. There was darkness and secrets in his past, but there was no place for revenge in his future. Not until they took it too far. Pushing his bottom line a need to take the crown lit in his heart. However, he needed one thing more than anything else... the right woman by his side. As if the answer to a prayer, a woman appeared. Beautiful and trustworthy who loved his daughter as much as he did, if not more. Yet her heart was broken, her world surrounded by secrets and shadows, perhaps she was best left alone. However, would he be able to live without her?