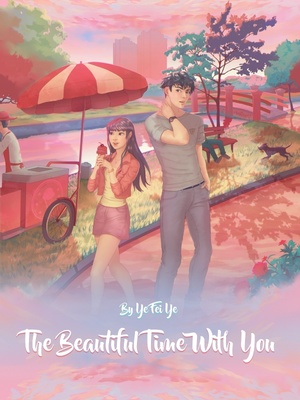 The Beautiful Time With You BTY

It wasn't their imagination that Lin Jiage's tapping on the keyboard was growing louder with each second...
Just as Xia Shangzhou and Lu Benlai thought that their hearts would stop from fright, the sound of the keyboard finally halted. Lin Jiage turned around to gaze at Xia Shangzhou, "What did you just say?"
Xia Shangzhou's legs immediately caved in from fear, and he nearly slid off his chair. "Boss, I didn't say anything at all."
"You said that Little Junior has a little too many peach blossoms?" Other than his tone being slightly colder, there didn't seem to be any discernible emotions that could be heard from Lin Jiage's voice.
But it was still a voice that left a shiver running down Xia Shangzhou's spine. He quickly shook his head, "Boss, you heard it wrong! I really didn't say anything like that. Boss, I'll give you 8,000 bucks, no, 16,000 bucks…"
Lin Jiage showed no particular response to Xia Shangzhou's words. Instead, he stared at Xia Shangzhou for a little while longer b