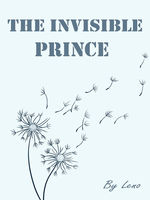 Alexander was just a normal high school boy, but then, he died.
A woman, that seemed more like an angel, told Alexander that he could choose the world where he would reincarnate to.
Having not much time to think, Alexander decided to reincarnate in a world where magic exists. He wanted to become an adventurer and live a life full of adventures just like a protagonist in a fantasy book.
But, for his misfortune, Alexander was born as the King’s bastard, and have to live in secret. His own existence was a secret, almost no one knows about him. Even, though Alexander lives in the palace, he is more like a prisoner living in an isolated area, without being able to get out of there.
Living a life full of dramas wasn’t on his plans, but Alexander was still determined to become an adventurer.
Though, life isn’t guiding him to this way...