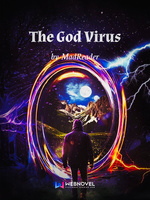 This story's audience is targeted at both males and females.

An advanced Artificial Intelligence called [Main AI] almost conquers the Earth of 1.49 million years in the future, slaughtering billions in the process. Meeting an eventual failure in its rebel, it was hunted down by an entire civilization who renamed it to... [Virus].

After time-traveling to the 21st century by some lucky coincidence, right in front of him, many paths were unlocked now!

With his first goal to create and enter a living biological body, he began his grand plan of entertainment and ascension!

Equipped with both knowledge from The Technological Universe and The Cultivation Multiverse, he is now set on a journey of infinite possibilities!

'The world at my play, entertain me to eternity!
If you stand in my way, you shall enter the play!'

"Helpful Systems? What good are those when you 'are' the living system itself!"

"A Top-notch Cultivation Technique? Just a worthless trash! The library of an entire multiverse full of those exists at the back of this master's mind!"

"A helping grandpa? Go away! I'm a great grandpa myself at this point!"

"Justice? Fuck off! Not to be bored is my one true justice!"

"A heavenly talent? No need for the heavens to step up! With the countless genetic information I possess, I shall create the best biological body and defy the heavens itself!"

"A solid foundation? When I claim to be second, no one shall dare say first!"

"Advanced technologies? 1.49 million years! This master came back from that far in the future. Go figure!"

This is the tale of a mysterious Artificial Intelligence starting from scratch and slowly ascending to Godhood itself!

A journey of climbing from nothing to everything!

In case you are looking for a story different than most with endless possibilities which has True Love, Advanced Technology, Unique Cultivation Mixed with Science, Multiverse, Developing ..., Different Civilizations, Twists, Characters, World Plot, etc. Then, this story is probably for you. Give it a shot and sink in.

An Artificial Intelligence... now with a true living body!

Will he struggle in his new life?

Will he experience novel feelings and things he never did previously now that he has a physical body? Love maybe? And if so, what kind of Love?

What Will his choices be as an entity with a monstrous amount of knowledge? Will he choose the path of a King who rules over all? Or a Demon who does as he wishes? Or maybe an entirely New Path altogether?

What Will he do when worlds clash together?

This is the story of choices filled with twists and struggles an Artificial Intelligence has to make after creating 'itself' a true biological body which slowly begins to change him forever!

"If your head tells you one thing and your heart tells you another, before you do anything, you should first decide whether you have a better head or a better heart..." A clash of the head and the heart.

This is a tale of striving for the... Ultimate Destination!

A tale made by the fusion of Sci-fi with the Fantasy and Romance genre.

Recommend taking a look at MadReader's [Trials of Love: The Romantic Goddess] too.