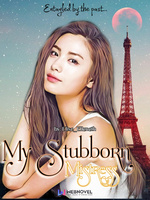 Shun began undressing his upper body then follows Cassandra toward the closet. He put his arms around her waist and kisses her right shoulder blade.

"Mister, what are you doing?" she asked him.

"Nothing. . . Seducing you, maybe?" Shun muttered behind her ear.

She could feel her cheeks flushing from his warm breaths; she turned around then blush from the sight of his naked-half body.

"Here, is your T-shirt!" Cassandra shoved to his chest; that black High Neck Long Sleeve she found in his closet.

"How about if, I stayed half-naked?" Shun is teasing her.

Cassandra Young is a 17 years old Island Girl, who lost her parents in a shipwrecked by a typhoon. She then adopted by her uncle Martin and brought her to Paris when she is 12 years old.

After he died, she found out that she'd lost already everything her family owns, because of the scheme her aunt Lydia did; who suddenly went out of the picture.

One day, a man showed up on the Island and claimed; that he who bought her Villa, and the Man-Made Forest her parents give their lives to plants those trees, as he plans to build a hotel nearby.

Still, can't accept the truth, Cassie has no choice but to work as his 'personal maid' just to remain living in the Villa.

However, she wonders if she could trust him the way she was pampered instead? Who is this man name Shun Williams Crow? Why he has been so kind to her?

Shun Williams Crow, 30 years old; is a young President and the heir of the Crow Corporation, one of the largest companies in the world.

His life surrounded by mysteries; and so he uses his wealth and power, to seek the answer in everything and save his LOVE from the cursed of the past...

And change from becoming a Tragic Love; the same as everyone else in these Entangled Lives of the Five Families.

COULD HE WIN AGAINST HIS FATE?

This is an untold love story...

Also, this novel has MATURE CONTENT so you were been warned... hehe

MY DISCORD: (you can add me for interaction)
Elise_Elleneth#8761