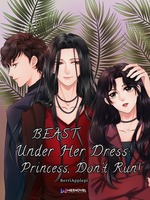 Nian Jiezhen is a woman who valued her work more than anything else. She never even thought of having a love life, especially when she found out that her first love was already married.

Love and marriage are for the weak. That's what she thought.

No matter how many times her job almost took her life, she preferred to be married to it.

It was until she met a beautiful woman, who was a friend of her first love's wife. Never in her life did she got attracted to another woman and it was the first time she did when she met Ren Shiyuan.

Love? Hah! She will never let it win over her! Love will only hinder her work!

After having her heart shattered to pieces, why would she allow herself to love again?


Will Nian Jiezhen allow that woman to enter her life? Or will she continue to push her away and destroy herself in the process?

.
.
.
Huang Jingyu noticed that Nian Jiezhen's attention was not on him so he followed where she was looking at. When he saw the beautiful Ren Shiyuan, walking toward them, he marveled at her heavenly beauty.

Was she Nian Jiezhen's friend?

When Ren Shiyuan saw the face of the man that Nian Jiezhen was with, her eyes narrowed. She admitted that Huang Jingyu was a handsome man and because of that, she became warier of him, afraid that Nian Jiezhen might fall for him!

"Princess, I'm sorry, I'm late." She said with a loving smile before she held her chin and bent down on Nian Jiezhen's level, placing a soft peck on her lips.

Nian Jiezhen was able to snap out of her trance because of what Ren Shiyuan did but before she could open her mouth and say something, Ren Shiyuan was swift.

"Who the f*ck is this guy?" She asked when she turned to Huang Jingyu with her brow raised and hand on her waist.

"O-M-G! Nian Jiezhen, are you cheating on me?" Gasped Ren Shiyuan when she turned to her, not even giving her a chance to answer her.

"Um... Ms. Nian, do you know her?" Asked Huang Jingyu, he was surprised at how close she seemed with the new arrival.

"I am her one and only girlfriend. And when I say girlfriend, I mean it as her lover." She went and sat on the chair beside her princess.

"So?" Ren Shiyuan raised an eyebrow, giving him an annoyed look, "So what if we're both women? We love each other so f*ck off, bastard."

Huang Jingyu was speechless. Who would have thought that the two beautiful before him was actually lesbian? What a waste!

(NO MISUNDERSTANDING and NO RAPE SCENES for our MAIN LEADS)


You can support me by buying me a coffee~
ko-fi.com/berriapplepi