/ Romance / Fall In Love With You is Inevitable 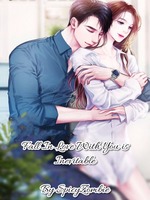 Fall In Love With You is Inevitable FILWYII

"Hey, tell me, what am I supposed to do with you? I want to protect you, but who will protect you from me?" Velove softly whispered those words while caressing his sleeping face.

"Don't protect me from you. I will receive with complete delight absolutely anything and everything that is given to me by you, my love" the sleeping man suddenly opened his eyes, "In this life, I beg you not to reject and hide from me. Let's do the unforgivable"

----
As the only heiress of Vladimir Royal Family, Velove Van Vladimir, far wiser, and mature with an intelligence exceeds that of a normal human, has chosen to live quietly in a secluded island far in the Atlantic Ocean so as to protect herself and the people from her unimaginable powers and abilities.

Lin Xiao, the Nation's Prince, is the depiction of a very charming and kind-hearted gentleman, unfortunately, born as the illegitimate son. His smile could melt every person's heart. Every woman shamelessly competes just to get his attention.

Jun Kaien, as handsomely dangerous as he is, people were long told the story of how brutal he could be if offended and provoked. People picture him as the villain that was told in every story. No one wants to get near him.
No one.
Until she came*.

The human had been warned and taught a lesson to avoid creatures that are beautiful. The more beautiful they are, the more danger they would bring. No matter whether it is animal, plants, even human.
Especially human.

There used to be an infamous myth. Whenever you saw an unearthly beautiful person with violet eyes, you had to run away and don't let them touch you, or else...

*Well, it's not that kind of 'came' but you know what I mean.
**Cover was taken from Pinterest, credit goes to the owner