/ Romance / Entertainment Circle: It’s Not Easy To Be the Wife of A Celebrity 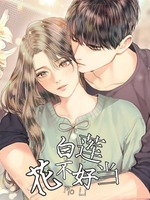 Entertainment Circle: It’s Not Easy To Be the Wife of A Celebrity wife of the CEO

The Su family has twin daughters.

They were like the sun and the moon; one sister was bright and had a carefree disposition while the other one was demure and reserved.

But it never occurred to anyone that when the twins grew up, the introverted sister would step into the entertainment circle and became a well-known flower! While the other one packed up her school bag, and aiming to become a doctor of Geology, sailed across the ocean!

One day, while the other sister’s intoxicated face was exploring the wild, a manager with a group of bodyguards tied her up and brought her to a variety show!

“What bedroom scene are you trying to make me do?! Let this old woman go!!!”

“Su Jishi, your sister left a retirement letter and disappeared! All her endorsements, variety shows, and movie contracts add up to more than three billion dollars in liquidated damages! If she still won’t show up, then you have to take her place for the meantime!

“By the way, she’s currently dating the vice president of XX Group and you have an appointment with him tomorrow night.”

Manager: “You are three centimeters taller than your sister, two degrees darker than her skin…your hair is fifty centimeters shorter, and a mole is missing from the corner of your eye. The most important thing is that you are ten pounds heavier than her! Starting today, you have to strictly follow a diet to lose weight! Are you allergic to anything or abstain from any food?

Woman: “I’m not a vegetarian.”

The president held the woman’s face in his hands and affectionately said, “Dear, this mole on the corner of your eye was made to be kissed by me.”

The woman raised her hand to wipe off the mole: “Sorry, this mole was only painted!”