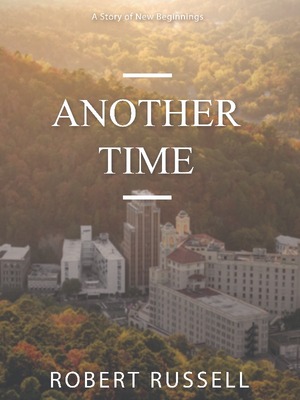 "She kept her eyes closed, as this is when she felt them best and when her burdens were released; her loneliness gone. She called it "traveling", "traveling lighter". She sat on her porch, traveling, her porch full of loved ones from her past, all in their Sunday's Best. All smiling and chattering to one another 90 miles an hour. She sat, her eyes closed, listening to the one-sided conversations, never putting her two cents in for fear the spell would be broken. She sat until the quiet gray dusk stole the day and gave it to the star-filled night. She opened her eyes, almost from sleep, it seemed. The spirits around her vanished into the low bright stars.

"Another time," she whispered softly. "

Robert wrote this story while he was serving time for crimes he had committed in his past life. Robert took a wrong turn in life and had gotten involved in drugs and crime when he was in his 30s, though his time behind bars helped him to get back on track. It also gave him time to develop and write stories that he had been dwelling on for a number of years. He says that he would often wake up early in the morning and would write until 11 pm each night when it was time for "lights out". Inmates would spread the world of his writing ability and retell his stories to others. Before he knew it, he would have 30 to 40 inmates gathering around his bunk each night to hear what he had written for the day.

I spoke with Robert and he agreed to allow me to release his stories publicly through Reddit and Wattpad. He just wants to have his stories shared with people across the globe - even if it is through a computer screen. He is a storyteller at heart and wants nothing more than to share his art with others before it's too late. This account will be used exclusively to share Robert's stories, so if you like what you see, please follow 'MemphisRussell' because we will be posting more of his stories regularly .