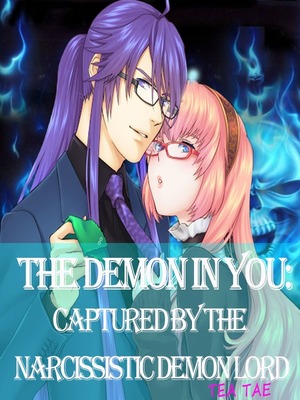 Noticing that he was dressed in a long black trench coat and hat, she asked, "Where are you going?"

Rian narrowed her eyes. "What work?"

Hyunjae put on a smug expression. "To get my hair done," he lied with a pompous tone.

"You had it done yesterday," she stated suspiciously. "You never go to the salon for more than once a month because you keep on saying that too many chemicals can cause hair fall."

"I'm going for a haircut!" he lied, feeling nervous. He saw a glint of anger in Rian's eyes.

"Don't lie to me," she said slowly, taking a step towards him. Hyunjae stepped back in fear.

"Jo Sun said that you'd rather die than cut your hair short," she accused.

Hyunjae was backed into a corner, shivering in fright. His back was against a wall. Rian might be small but she was intimidating. She put her hands on either sides of Hyunjae, caging him as she looked up.

"Tell me!" she demanded softly.

"I-I'm going on a date!" he declared, sweating profusely. What is this situation? He wondered. Aren't the CEO's of romance novels supposed to be caging the female leads in their arms? Why is the male lead getting caged instead?

Rian is a seemingly ordinary girl, with aspirations to complete her education. While everything about her looks normal on the surface, she hides a dark secret: she can see demons of a person.

Every person is attached to a demon. The demons leech on their negative thoughts and take them to the extreme levels on inhumanity. Rian sees them all, whispering negative thoughts into the ears of their hosts while remaining completely invisible to everyone. Even Rian herself has her own demon, Lambark.

But when Rian gets a job at TNT Corps, the leading fashion house of her country, she begins to notice a disturbance in the demonic energy.

Hyuk Hyunjae, is the CEO of TNT Corps where Rian is hired. However, upon meeting the mysterious but flamboyant CEO, Rian's heart skipped a beat. He had no demon attached to him.

Does that mean he was a genuinely good person? Or was he something more sinister?

As Rian gets entangled in Hyunjae's web, a serial killer wreaks havoc in town. What was Hyunjae's secret? And why was Rian getting so attracted to this dangerous person?

"What do you want?" Hyunjae finally asked.

"I want the Demon Seer," Changmin stated clearly. "I won't let you use her as bait."

"Rian is not bait," Hyunjae said quietly. "She is an important asset. We need her to stop Boram."

"Did you even tell her the truth about Boram?" Changmin demanded. "Hyuk Hyunjae, aren't you being selfish? You may hide behind that goofy persona, but I know your real face. It's the face of a demon."

"You mean a handsome daredevil," Hyunjae corrected him cheekily. "As much as I would love to entertain you today, it is regretful that I will have to refuse your offer."

"You can't," Changmin shot back. "The contract has been signed. If any of us terminate it early, the party backing out will have to pay fifty million dollars to the other one."

"Oh no I'm not talking about the contract," Hyunjae waved him off. "Give up the best male model of the country? Do I look mad? That's business opportunity right there. Even if you're second lead material."

"I am simply rejecting your offer of taking Rian away," Hyunjae leaned back with a smug look.

FYI THIS IS A GAG COMEDY/THRILLER WHERE THE FOURTH WALL IS CONSTANTLY BROKEN.

Note: The cover is not my original one. Credits goes to the original artist. Thank you!