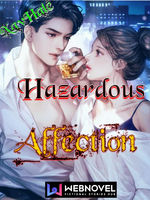 Kidnapped? Forced to bed? With a reproduction system damage?


Twenty years is enough to get married but because of inner reproductive system damage, Hale stays single until she thinks the damage won't affect the child she ought to give birth to.

But, her thoughts of becoming thirty before marriage eliminates the moment she got kidnapped by a group of bandits. Thinking that her end has come, Hale reluctantly follows them to New York.

Where she meets the most Harzadous Head Of The New York's Mafia called...

"Sh-Shane? Are... Are you okay?"
The red eyed, blue dyed haired man bangs the cup which he just took fifteen shots from and stared at the poor lady.

He let his balance loosen and then fell on her, making Hale to fall on the big and spacious bed in his room.

"Shane!" But the voice of the poor lady can't be heard because of the door's soundproof.

He unbuttons his shirt, his golden teeth sparkling as a cackus smirk comes upon his face.

...
Found the picture on Pinterest. Belongs to whoever it belongs to.