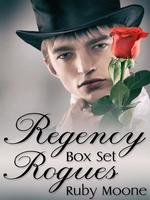 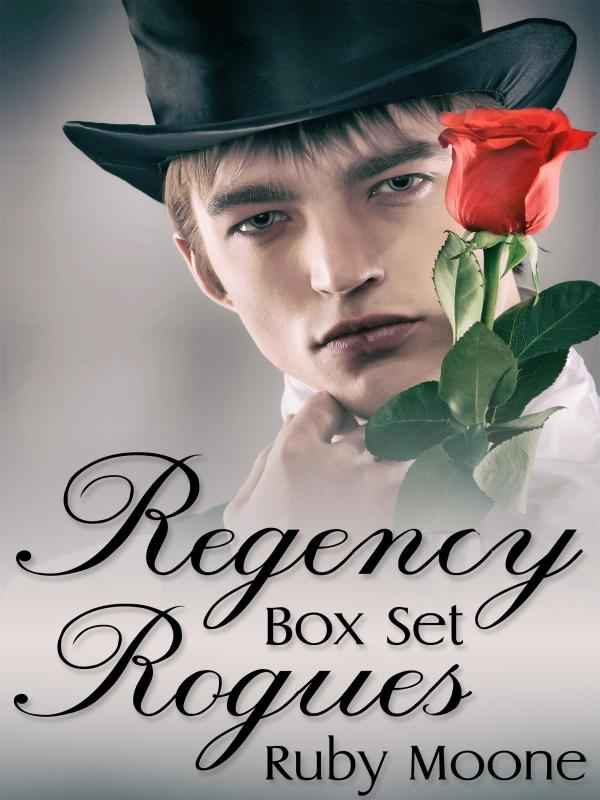 Love historical romance? Looking for something a little different? Then take a chance on M/M author Ruby Moone! This box set contains four fabulous stories filled with love, heartache, and passion set in an era when men falling in love with men could mean ruin or the gallows. Contains the stories:<br /><br /><strong>Fallen</strong>: Major Oliver Thornley never expected to find Daniel, the man who rescued him from certain death from the battlefield at Waterloo. He never expected to give in to the temptation that Daniel presented, and never expected Daniel to feel the same. Faced with overcoming the class difference between them, Oliver is faced with a stark choice. Admit he has fallen in love, or lose Daniel forever.<br /><br /><strong>The Heat of the Moment</strong>: Milo thought the disease that ravaged his legs as a child had damaged him inside too because he only became aroused by men. His new valet rescues him from life inside and changes his life forever beneath an ancient willow tree. Overwhelmed and in love Milo pushes him away, but when Robert tries to leave he has to find the strength to believe in himself and convince Robert of his love and to stay.<br /><br /><strong>The Wrong Kind of Angel</strong>: Christmas 1817. A reluctant angel, three not terribly wise men, two gorgeous men on a starlit chase to find a child. Captain Charles Farrington accepted he was destined to be alone until Harry Valentine crashed into his life. Harry is a man with secrets, a man on the run with no time to fall for the angel who rescued him, and Charlie knows he is the wrong kind of angel for happy endings but ... <br /><br /><strong>Trapped</strong>: Sam Holloway is a desperate man. Trapped in Dante’s, the high class London brothel, his only hope is a rich protector, a young aristocrat with sadness in his eyes. Tristan Barrington, sixth Earl of Chiltern frees him, but when the corruption at the heart of Dante’s is exposed, and Tristan finds Sam’s declaration of love was a lie, he has a choice. Leave Sam to his fate, or help him once more.