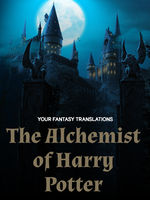 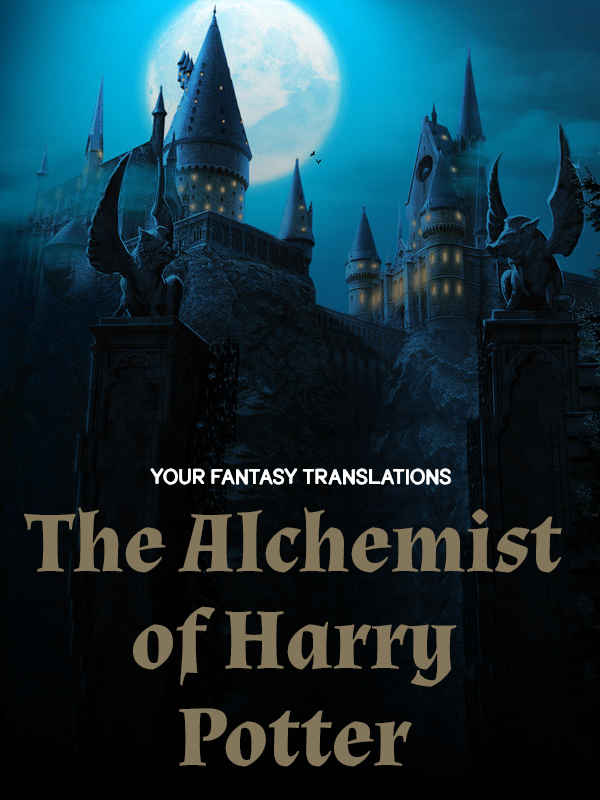 The Alchemist of Harry Potter

Early morning, a ray of sunlight passed through the gaps between the curtains on the sleeping face of a young boy. Albert was still asleep, but it was almost time for him to wake up.

The door to the stairs on the second floor was quietly pushed open. A brown-haired girl stuck her head in, staring at the sleeping teenager on the bed with her big brown eyes. She whispered, "Albert, it's time to get up."

Seeing that the sleeping youth on the bed did not respond, the girl pursed her small mouth with dissatisfaction. She opened the door and walked in, with a British shorthair cat following behind her.

"Tom, please," The girl took the shorthair cat near the bed as she asked the animal for its consent. She gently picked up its tail and swept through the boy's face twice.

Albert, who was still asleep a while ago, stretched out the cat's tail on his face and opened his eyes, only to realize that it was his naughty sister. He reached out, covered a yawn, and said, "Good morning, Niya!"

"Dad is taking us to London today," Niya blinked and looked at Albert with excitement. "To help you customize Eton College uniforms and buy the items on the list."

"Okay. I'll change my clothes and join up with you guys soon." Albert yawned again and picked up the shorthair cat that was stretching its paws on the sheet.

He gently put it on the ground, and after stretching his waist, he went to the washroom to change his clothes.

After washing up, he went to the living room to have breakfast with his family.

"You stayed up again last night?" Daisy, Albert's mother, said as she laid the delicious and hearty breakfast in front of Albert.

"Son, we'd better move fast. Today's schedule is a little hectic." Herb, Albert's father, spread out the letter sent from Eton College on the table, with a proud smile on his face.

UK's private schools usually train the elites, and Eton College was in the list of such places. To enter this school, you must meet two criteria, which were talent and wealth.

But unlike any other elite family, the Andersons belonged to middle-class families in the UK. The husband and wife were running a law firm, and the family had just enough savings.

As for Albert, he was a genius in everyone's eyes. He had outstanding grades since young, but he had also participated in many inter-school competitions and won numerous awards.

But whether Albert was a genius or not was something that only he knew.

No, Albert never considered himself a genius. Albert had a big secret that no one knew. He was a traveler from a different world.

As for why he was named a genius, he found it baffling.

He was a child who didn't know what's a Rubik's Cube but could easily put together a messy third-order puzzle.

And in the eyes of most adults, this was a characteristic of genius.

But only he knows, he could solve the Rubik's Cube in a small-time because he had played it in a previous life and knew its secret.

As for how to maintain the image of a genius. Albert didn't worry about this at all since he had the legendary cheat skill.

Those online novels didn't fool him about such things.

When Albert was seven years old, he discovered a panel had suddenly appeared in his brain. The panel had two primary functions, first to add points and the other to accept tasks and skills.

The panel randomly generates some tasks, from time to time, and after completing them, he could gain experience or skill points. Experience improved the skills, and the skill points would directly boost the skill levels.

Albert's first skill was proficiency in English, and it took him many years to upgrade this skill to level 3.

You think it's low?

Lemme tell you that ordinary British people's English proficiency is only at Level 2, and an ordinary English teacher is on level 3. Being so young and still being at the level of a teacher already showcases the power of his cheat skills.

As long as the technical skills were added to the max, Albert could become a genius scientist or anything else. But Albert never wanted to be a scientist, neither in his previous life nor in his new life.

In his previous life, he liked reading books and eventually became an ordinary online novelist.

He wrote a few books and had some savings. He led a carefree life and did whatever he liked every day.

In other words, his former life was like that life of a salted fish.

As for how did he transmigrate? He was ashamed to even think about it.

One day, the thirty-year-old him was leaning on the sofa while watching Mr. Bean's movie. He grabbed an apple and stared at the screen with interest. It was because the movie was so funny, he forgot to chew the food in his mouth. He choked to death because of the apple chunks.

After waking up again, he had become a baby. He spent many years in this house and raised a cat, Tom.

Of course, the name came from the famous Tom and Jerry series.

When he was seven years old, the game panel suddenly appeared, making Albert doubt his life. He even wondered if he was an NPC in a certain game.

Later, he never found another player-like creature, so he considered the panel as the migrator's cheat skill.

Connecting transmigrating with the cheat skill was equal to being a winner in this life.

Albert had no big ambitions. He felt it was best for him to have a few relationships in adulthood and a simple and easy job after graduating from college.

It was best to get married before the age of 30 and earn enough to squander a hundred years of wealth, allowing him to spend the rest of his life carefreely.

To gain such a future, Albert had his plan. He was ready to enter American Wall Street after graduation. He was relying on his economic skills of the maximum point. With the memory of his past life, he believed that he would soon earn a lot of dollars.

However, panel skills were not easy to improve, especially after the second level. Each level required a lot of experience.

Albert needed to do tasks to earn experience and skill points. Getting admission to Eton College was one of those tasks.

"Son, what are you thinking?" Herb said as he cut the steak on the plate with a knife and looked at his son, who was in a daze.

"I was thinking about my future," Albert put the poached egg into his mouth and said after swallowing it.

"Then what do you want to do in the future?" Daisy asked curiously. Mr. and Mrs. Anderson rarely heard their children mention their dreams.

"We thought you would want to be a scientist or an astronaut," Husband and wife looked at each other.

"What is finance?" Niya was very upset that her family excluded her from this subject and asked curiously, trying to get into the conversation.

"Finance is good for making money." Albert looked at her and said, "I bought a few books on economics as your birthday gift in advance."

"Son, don't mislead your sister. Only powerful guys can make money in this field," Herb's mouth twitched. He raised his fist to his mouth, coughing slightly. "Also, our family is not poor."

"Now eat breakfast and stop talking nonsense," getting irritated by the conversation, Daisy interrupted. "Niya, remember to drink the milk."

"Oh!" Niya pursed her lips. She didn't like drinking milk.

After rebirth, everything was beautiful. Albert had a lovely sister, a harmonious family, a prosperous life, and a cheat skill that could lead him to the peak of his life.

The only thing that made Albert depressed was the British food. In the past, when he read on the internet that Britain was famous for food deserts, he was very doubtful. After all, most British people lived a simple and comfortable life.

However, after experiencing it in person, he no longer doubted the authenticity of the online information.

After finishing the meal, he helped in cleaning up the furniture and closed the doors and windows. Finally, the Anderson family was ready to go out.

Albert had just opened the door of the Ford and was about to get into the car's back seat when he heard Niya's surprised voice next to him, "Look, is that an owl?"

The Andersons looked suspiciously in the direction of their daughter's fingers and saw an owl flying towards their side. As it flew over everyone's heads, it threw a letter at Albert's feet.

At this moment, the Anderson family froze.

Did that owl just deliver a letter?

When did Owls start working as part-time postmen?

Translated and edited by Neonlover