The Greatest Scandal of the Century - Historical Romance

/ Historical Romance / The Greatest Scandal of the Century 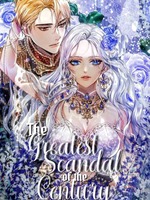 The Greatest Scandal of the Century TGSOTC

"Mind your manners young lady, I haven't finished writing my proposal yet." A high feminine voice answered in tone, she had been writing for hours now.

"Tomorrow I'll be meeting the man of my dreams, ehehe~"  (Yes, and I'll be the most beautiful woman in the century).

(~Ahh), Lustful cries and hopeless cheers have infiltrated the young brazen minds of the ladies in West lands. They had vowed for this moment as news spread from the Eastern walls that Damen- the unworldly beauty of a being had arrived home.

If by chance you'd ask the maidens of the East about romance, this is how they would spell it - DAMEN.

Northerns were known for their love of books about lust and passion, but they only share one genre in common -DAMEN.

Southerns never missed out the fun, journalizing and literature is where they excelled at, and their hottest topic? -DAMEN.

In the name of Damen Knightly, the man is known for his divine looks that had stirred the entire maidens of the four regions into corruptness. His name is tarnished by the maiden's illicit cries, tainting his reputation as the Centuries' Casanova. Though they were only rumors that spiked from his ferocious beauty, is there any way for this young heir to live his life peacefully and even settle for marriage?