The Overpowered Mage and the Useless Knight - Video Games

/ Video Games / The Overpowered Mage and the Useless Knight 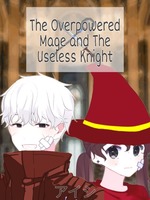 The Overpowered Mage and the Useless Knight AiShi

(I'm writing this story because I'll be doing a manga or probably a webtoon about this later on. I just wanted to note down the story for it. Keep in mind that this is a work in progress.)


A video game called Elementos:Online, an MMORPG suddenly became popular despite it appearing out of nowhere. After a month of it's initial release, people who were high level were summoned into the game itself by the Grandmaster. He explained that they were chosen to slay all the monsters called "Viruses." They threaten to destroy the game servers and it's player base. The Grandmaster shall reward the player or party who has the highest points a wish, any wish or request shall be granted. In order to gain points they shall embark on quests, defeat Viruses, and slay the 4 Bosses:
Kotai - A solid material manipulator, able to control and create solid matter.
Ekita - A special slime made of unknown origin, able to create and become any liquid material.
Kuki - A hermit which controls air and air like material.
Puruz - An unknown entity, the leader and creator of the Viruses.

Little do they know that the Viruses can kill them in real life by attacking their player data causing a malfunction and killing their bodies in the real world by shock. The players shall now uncover the mysteries around the game and as they progress deeper in the map, the monsters will only become stronger.

The story revolves around 16 year old Hitoshi, summoned into the game with the lowest stats possible. And a 16 year old girl named Aiko Takashi, despite her over powered base stats and skillset, she claims to be mistakenly summoned and does not know how to use her skills. Now begins the adventure of a lifetime, will team Aishi be able to gain the most points and claim the reward? Or will they succumb in every battle?