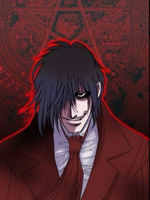 TVD/TO (FanFic) — The Creature of Dark

2000 Years ago in Ancient Greece. 2 Witches Brother and Sister created an spell.

Used it on Brother first and he became immensely powerful and had to be taken care of.
So the Sister takes help from Qetsiyah and Silas for locking the brother up and put him to sleep.

Then in current time this story takes place when Elena and Caroline were attending college and The Originals where in New Orleans as Witches had Hayley and Klaus's baby.

Jackson a high school guy and an Ancient Vampire known as Alden who wanted Jackson so that he could make Jackson the weapon to open the tomb in which Arius was locked.


(The Vampire Diaries — The Originals
I am writing a novel for the first time, so if I make any mistakes or something ends up wrong.
I might make grammer mistakes so be patient do comment. )