Young Master Wang, You Are Mine - Fantasy

/ Fantasy / Young Master Wang, You Are Mine 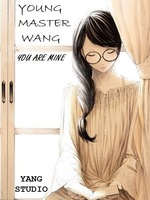 Young Master Wang, You Are Mine


She was known for reading too much. Ms. Changying had been close to the top end of her graduating class from Tsinghua University which is a major research university in Beijing, and a member of the elite C9 League of Chinese universities. An Arts History degree in hand, Changying found that, without connections, all her study counted for nothing in getting a job with the national museum in Beijing. Resigned to mediocrity, she took a job as a researcher for a publishing firm that specialized in historical biographies and fiction.

It was there that she met her boss - Mr. Wang Wei, an arrogant control freak. She researched strictly for Wang Wei who constantly quizzed her on her research methods.

As time went on she found the manuscripts crossing her desk becoming more explicit than the average romance in a historical setting. Themes of bondage or sadomasochism touched on very lightly at first became darker and more elemental to the storylines.

Changying found her research opening her eyes wider to a whole new world she realized she knew less about than she thought she did.

Story characters are full of inner demons and conflict, they are complex with there own personalities and have their own flaws that they will fight against. These personalities will shape the story as situations arise and they are forced to react and adapt.

--------------
Yang Studio is a writers’ circle which is a support group for writers who wish to be among like-minded people. If you want to start writing and are looking for inspiration, this circle is for you.

Books published on WebNovel are works of the respective writers from the circle. For reporting any content, readers can contact us.
--------------