Reviews of If the Deep Sea Forgets You - Page 1 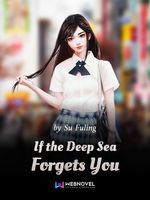 If the Deep Sea Forgets You

The prologue really caught my interest and so far I really love the book. 😍 I really love Xia character. I like that although she lost her memories she is still defiant when needed and very smart and observant. This is beginning to be one of my favorite reads so far.
2mth
view 0 replies

This novel is my most favorite one. I still remember that I started reading it two years ago and from then on whenever I feel bored or sad...I start to read the story all over again. Till now I have read it so many times but it's still feel refresh when you aarti reading again.
3mth
view 0 replies

I really enjoyed this novel. Interesting story and nice development. Ending wasn’t what I expected, seems rushed but this novel just isn’t a long-winded one, so I thought the ending was nice and original. Good work!! ❤️👍
3mth
view 0 replies

Overall, it's a good read. The story moves along pretty quickly. Some of the translation is a little muddy and this leads to some confusion regarding some plot points. After reading the whole novel, the ending seemed forced and not well thought out. Enjoy .
4mth
view 0 replies

This book is very intriguing ... cant stop once you start reading it.... storyline and development is good.. pace Of book is good without any unnecessary delays.. overall a very good book... you can relate to the story leads and feel a sense of attachment
5mth
view 0 replies

This novel has been in my library, unsure for how long, but I wonder why I didn't read it until now? This was obviously a hidden jewel! So anyway, back to the reason why I want to leave a review now as soon as I'm done reading it. Clearly, I fell in love with this story at first chapter, I like how the way the author portrayed the MC in a mysteriously way, like I thought she was a secret agent, assasin or something but only be thrown that theory of mine out of my mind when ML finds out the CCTV record how she was end up in front of the hospital and never expected she used to be a someone from underground world. I even thought she was a heiress or smth, But as the story goes I don't know if it's only just me, but the author forgets how mysterious the mc has been in the first chapter. Well I don't know, the long I read it I felt that way or perhaps I was expecting to see more incredible hidden talents she have as the story goes. As for the ending, of course, as usual I'm not very satisfied with it, but it is clearly a happy ending, but tbh I expected the wedding day, wedding night and for the babies kaka- right, when they do the 'vows'. The ML used the fake name which is "Xia Qingyi" legally they are brother and sister which was frowned by the others, even though they aren't actually a blood related but I felt disturbed. That isn't the real name of the MC. Though she said that her Lina or Nianmu have 'died'. And I was also confused about when that young master told her that she couldn't be able to protect her, protect from what? I still clearly remember when that gang said 'higher ups". What was that? Or I left something important behind? But overall the story is good. The moment I read it I couldn't stop to keep continue reading it. It's very addictive. I swear! You deserve a five star from me since I love your story 🧡
5mth
view 0 replies

Read this one on another site. This one is good. All I can say is that the translator did a great job as well as the author. I will read this again. .. 💐♥️
6mth
view 0 replies

I couldn't stop reading!! Loved the background story and feelings! A little confused on the similarities of several names, the steamy love was really reserved, and I hated that the last few chapters seemed rushed but overall a good story!!
7mth
view 0 replies

I've read this novel 2 years ago, may months have passed by yet I'm still engrossed in reading this novel along with Ding Mo's. I'm just checking this book's reviews, I'll reply those fellas who thinks Qidian is a trash, Qidian is not. okay nevermind.
7mth
view 0 replies

I read this book in less than a week. What a story 👏🏾 I just couldn't put my phone down. It is very well written and I absolutely recommend it to anyone second-guessing on it.
9mth
view 0 replies

I loved till where I have read this novel ( 30)😃 it was mystery from starting not similar kind of plot of every novel... fl and ml are both flowing with story going on
10mth
view 0 replies

This story is interesting , and the main characters definitely draw you in. They have their stupid or careless moments , but they are not unbareable like most other stories. I think the most annoying part of the story is that a lot of people have the last name Zhang, which makes it hard to keep the story straight . Also, either the Barrister has a lot of secretaries, or the name keeps changing
10mth
view 0 replies

It was okay. The translator did a great job. The plot is interesting but the end was too rushed and I didn't feel fulfilled. It's like most of it was the beginning because it was so slow until the very end.
12mth
view 0 replies

This is love ❤️. An unpredicted encounter brought two people together. Things happen, secrets revealed, truth came into light and also both find the happiness in each other's company. I remember when I was reading some of the last chapters i wasn't able to stop myself from reading as well as my eyes from flowing. But it has a happy ending. Just loved this book ❤️❤️
Reveal Spoiler
12mth
view 0 replies

Its been a while I read any classic love story with warm feelings. Hats off to the Author to write this story. Actually love is like that, comes slowly in your life without your knowledge. But when you realize that, love have already made you flat with its strike. I think the story is worthy of making any Drama or a movie..... Lots of love for the story.
1yr
view 0 replies

One of the best novels I have read, finished it all in one day. The plot was great and the story flowed well. Thanks for translating this novel!
1yr
view 0 replies

I actually really enjoyed this novel! I just felt that it ended slightly abrupt. I would have like to see maybe a little more of their future together, or maybe some side stories of the side characters. Got me in my feels thinking about what could have been.... LOL.
1yr
view 0 replies

Once you start, you won't want to stop. Amazing and touching story. Translation is good too. Recommended for those who like emotional ups and downs in a story!
1yr
view 0 replies

I did see some errors in the translation where "he" and "her" were incorrect numerous times and then there some grammatical errors. Other than that, this is a great read!
1yr
view 0 replies

The translation was really well done. It does need a warning as it contains s*xual harassment and r*pe. The ending seems too rushed while the beginning is well thought out. I'm really disappointed with the romantic development.
1yr
view 0 replies

I thoroughly enjoyed this story ❤️ I just love MO HAN, he has become my sweet heart 😍🥰😘😘😘😘😘😘😘 Thank you for the fantastic story author 🧡
1yr
view 0 replies

I have enjoyed reading this wonderful novel for the past two weeks. Best thing i ever found in the midst of the pandemic. Would recommend to anybody.
1yr
view 0 replies
next page
Webnovel